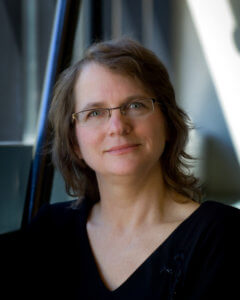 Bernadine directs Blandin Foundation’s Public Policy and Engagement program area, where she leads efforts to facilitate the building of knowledge and catalyze community action around issues and opportunities that align with the Foundation’s mission of strengthening rural Minnesota communities, especially the Grand Rapids area. A native of Minnesota, Bernadine spent the first 15 years of her professional life in Soviet (and then post-Soviet) Affairs. She served seven years as diplomat with the U.S. Department of State, where — after an initial tour in New Delhi, India — she was assigned to Moscow, Russia, and Washington, D.C., focused on the U.S.-Soviet/Russian relationship. After the collapse of the Soviet Union Bernadine left the diplomatic corps to work on international academic and cultural exchange programs with  the International Research & Exchanges Board (IREX) and subsequently the Eurasia Foundation, where she oversaw a $5 million annual grant program.