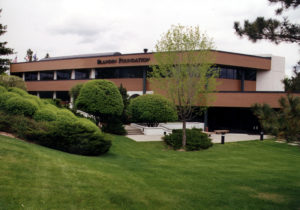 “Each of these individuals brings a deep background and passion for strengthening rural Minnesota communities,” said Johnson. “We very much look forward to engaging them in the Foundation’s work ahead.”

Kandace Creel Falcón is an engaged and committed community member of Moorhead, Minn.  She is assistant professor of women’s and gender studies at Minnesota State University Moorhead and works through a range of community initiatives toward purposeful inclusion.  One of many volunteer roles, she serves on the Chicano Latino Affairs Council as the Respresentative for Congressional District 7.  She additionally co-leads a media skill-sharing network in Moorhead called Third Side Media, which leverages new media technologies for social justice.  Dr. Creel Falcón is an alumnus of Blandin Foundation’s Leadership in Ethnically Diverse Communities program and a graduate of University of Minnesota and of University of Kansas.

Blandin Foundation trustees are Minnesota-based community leaders who provide strategic leadership and governance, fiduciary and financial oversight for the Foundation.  They serve up to 12 years and represent a variety of perspectives from across rural Minnesota.

Blandin Foundation stands with rural Minnesota communities as they imagine and claim ambitious, vibrant futures.  Based in Grand Rapids, Minn., it is one of only a handful of foundations in the U.S. focused exclusively on rural communities and the largest rural-based private foundation in Minnesota. Information on Blandin Foundation grant-making, leadership development programs and public policy initiatives are at www.blandinfoundation.org. On Twitter at http://twitter.com/BlandinFound and facebook at  www.facebook.com/BlandinFoundation.