Your questions about Blandin Foundation, answered. 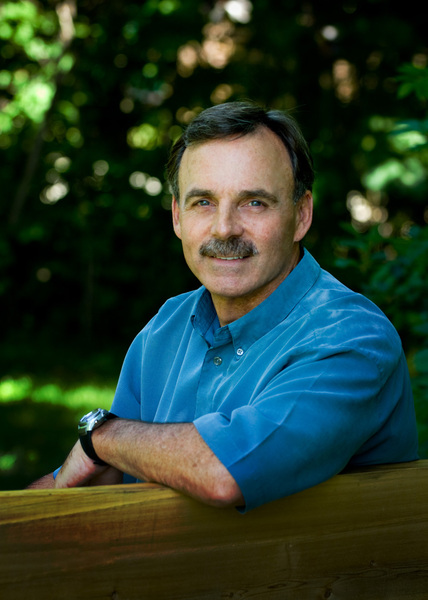 Today we welcome Mike Johnson, chair of the Blandin Foundation board of trustees. Mike recently retired as provost of Itasca Community College and is a lifelong resident of Grand Rapids. He has been a board member of the Foundation for 11 years.

Each year, more than $3 billion in grants are awarded to hundreds of nonprofit organizations serving thousands of Minnesotans. Even with a rudimentary run at some basic numbers, you can begin to recognize the complexities of foundation work.

What areas do they fund? What geographies qualify? What kind of foundation are they and does that affect the application process?

Question #1: Is the Blandin Foundation the same as the paper mill?

Question #2: Is there a difference between the Blandin Foundation and the Blandin Residuary Trust?

Yes. The short version is that, upon Charles Blandin’s death in 1958, his considerable assets were transferred to the Charles K. Blandin Residuary Trust. Today that trust holds and grows Mr. Blandin’s wealth. Jim Hoolihan, of Grand Rapids, and Jim Rockwell, representing Wells Fargo Bank, are the trustees of this trust today.

Question #3: How does the board of trustees work?

Charles Blandin set up the foundation so that major decisions were made collaboratively, by a board of trustees.  This was in 1941, so Mr. Blandin was one of the original trustees.

Trustees play a few roles: first and foremost we are fiduciaries. That means we are responsible for the financial oversight of the Foundation – this is legal responsibility.

Second, to ensure that the Foundation is effective. On his behalf, we keep an eye on how the foundation is living up to its commitments. For example, Charles Blandin was pretty clear that his foundation was to create capacity, not dependency. He also was clear that the Foundation was, primarily, to be for the benefit of the local area. Charles Blandin, though, anticipated that the world would be very different in the future. He wanted his trustees to be free to make choices as they see fit. Imagine how the world has changed since 1941!

A few other things about our board today: We have 13 trustees, from a broad range of perspectives, all focused on strengthening rural Minnesota communities, especially the Grand Rapids area.

We are elected by the board, and serve four-year terms. We can be re-elected, but the maximum is 12 years. Charles Blandin set this up so that these are paid positions, as is common for private foundations.

We currently are evaluating several local candidates to fill two positions effective in January. We should be able to announce those new local trustees this summer.

Charles Blandin was very clear that he was interested in communities being capable of addressing issues and taking on initiatives. His foundation was to help in this regard. Over time, we have learned – as has the whole field of philanthropy – that sometimes impact happens best when we do more than just write a check.

So, 30 years ago, when the economic futures of Minnesota’s rural communities were particularly dark, our board took the bold step of authorizing the development of a community leadership program. Nothing like it existed, and really today, the Blandin Community Leadership Programs continue to be the gold standard.  More than 500 people in Itasca County, and more than 6,500 people in rural Minnesota, have invested in learning with us.

Similarly, in 2003, our board looked at the issues and opportunities facing Grand Rapids and rural Minnesota and could see common themes: very urgent challenges related to forests and emerging question related to quality Internet access. Thus, we launched the Vital Forests/Vital Communities and Broadband programs. Really, this is about bringing people and communities together and supporting them as they tackle common issues.

Another great example today is the Itasca area’s work around Student Success. We make space and provide resources as our community is coming together to ensure success for every child.

Question #5: What are you most proud of?

For me, it’s early childhood.

At the very beginning of my time on the board, a passionate staffer, Mary Kosak, came to the Board with a recommendation that the Foundation invest $20 million in an innovative, intensive program that wraps at-risk kids and their families in supports so that they are ready to learn by Kindergarten.

At that time, the board said no to Invest Early. That’s often what we do as trustees – ask hard questions.

Invest Early came back with an even stronger proposal, and we said yes.

Here is one example of why I am so proud to have been part of the decision to support Invest Early.

By fifth grade, 71 percent of Invest Early children met or exceeded standards for reading, as compared with 50 percent of similarly at-risk children who did not have access to Invest Early before Kindergarten. That’s a 20 percent difference! So, not only is Invest Early getting kids ready for Kindergarten, it’s sticking. Imagine the benefits for our community, for our economy!

These questions are at the core of why Blandin Foundation was created and how it operates today. While it is essential to answer these foundational questions, it is always good to anticipate questions our partners might have about Blandin Foundation’s future. This spring, trustees have made a few new commitments that will guide our work in the years to come.

These decisions demonstrate Blandin Foundation’s continued commitment to its founder, Charles K. Blandin, and to its local Itasca area communities. We will continually seek new and innovative ways to bring clarity to our work (visit our new Glasspockets profile, a transparency certification awarded by Foundation Center). If you have further questions about Blandin Foundation, know that staff and trustees are here to answer them.

Stay tuned for an upcoming blog post by my fellow trustee, and chair of the investment committee, Brian Nicklason who will answer questions about Blandin Foundation’s investment strategies.

Visit Itasca Community Television to view the full recording of the presentation.