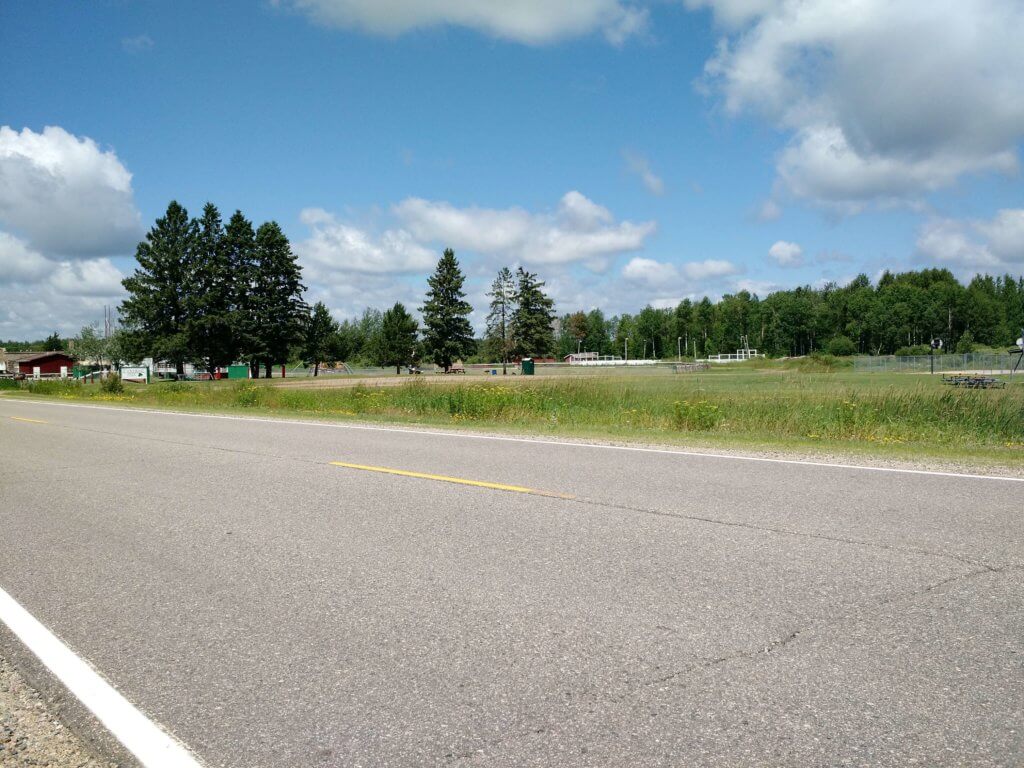 Since the early 1900s, the Cloverdale Town Hall has been the gathering place for people living in Nashwauk Township. Community dances, baby showers, weddings, and funerals – the space has held a bountiful array of celebrations that have bolstered community spirit and kept community ties strong.

A couple that celebrated their wedding decades ago would have a difficult time revisiting the space where they said their “I do’s,” though. With a deteriorating roof, insufficient HVAC system, dangerous proximity to the highway and accessibility issues, Nashwauk leaders knew it was time to rebuild their once-vibrant space.

“We brought it to the voters in 2013. As soon as they realized how desperately we needed a new building, they said absolutely – let’s do it,” said Joyce Peraaho, member of the Cloverdale Town Hall Committee.

The enthusiasm and commitment from the whole community at the town hall meeting fueled the project.

“We were able to rally a well-rounded committee, involving a variety of people from the community,” said Peraaho. “We’ve got electricians, construction workers, grant writers, business owners, Blandin-trained community leaders and more who have stuck with the project and worked really hard to make it a reality.”

When the committee started brainstorming how to fund the project, they focused on making the most of the talents they had in the room.

“Everyone had a role to play,” said Peraaho. “If this was going to work, we needed broad-based support and everyone had different talents and relationships that could make that happen.”

Some members of the committee ran a direct-mail campaign, others met with local and state policymakers. Some staffed booths at the Nashwauk Home Show, while others reached out to potential funders, like Blandin Foundation and Iron Range Resources and Rehabilitation.

Committee members in the trades even donated their skilled labor and materials to move the construction process forward.

“Nashwauk has a long history of a resilient community spirit,” said Peraaho. “The town hall has been at the center of it all and people wanted to see that continue. That’s why people got behind it.”

Together they have raised nearly a half million dollars in community donations, state grants, foundation grants and in-kind donations. The project is currently out for bid and the Township board fully expects to break ground later this summer.

“I get kind of choked up when I think about all we’ve done,” said Peraaho. “We’ve accomplished what we set out to do and relatively on schedule!”

As for the community that has supported the project from the get-go, Peraaho says she is excited to see how they make use of the new facility and adjoining park that has two baseball fields, a basketball court, a hockey rink and a playground.

“People are going to be very excited to have the new facility,” said Peraaho. “It will be warm, safe and accessible to all. The possibilities are endless. We are very family and community oriented, and to be able to get together to celebrate milestones, learn from each other during community education trainings, or just to socialize or watch a ballgame is huge.”