News and ideas you can use to strengthen rural Minnesota communities.

Image: adults and children working in a community garden. 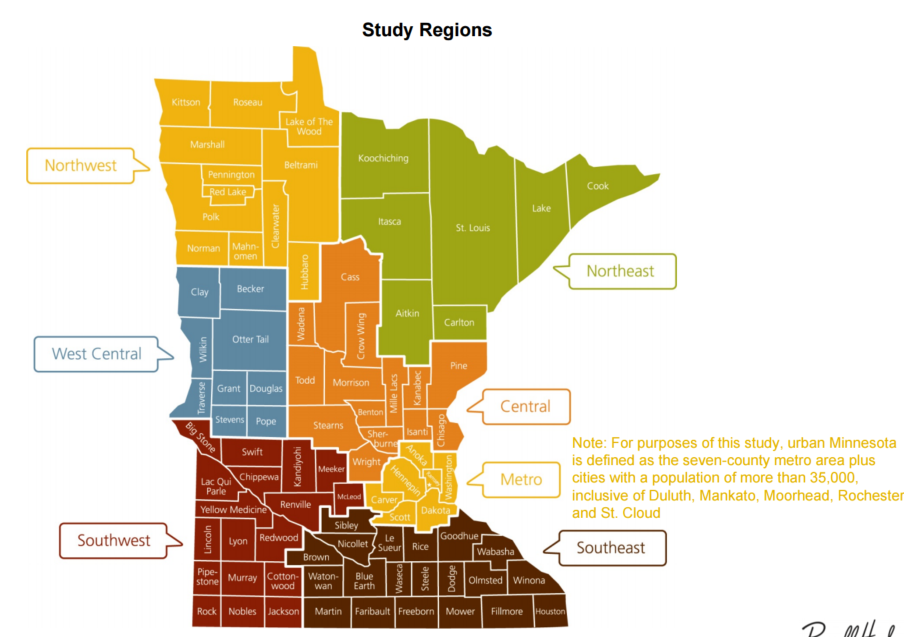 Rolling hills, towering pines and jagged bluffs – just like the unique and varied landscape of Minnesota, the priorities and concerns of its people are equally diverse. Each region has its own story, its own challenges and its own priorities.

Rural Pulse 2016 helps tell that story through a series of special reports focusing on the six regions of Minnesota (NE, NW, WC, C, SE, and SW). Leaders can now use this data in conversations already happening, or ripe to happen, in their communities.

Highlights from Minnesota’s rural regions include: