The figures are impressive: 700,000 acres. Five counties. Two forest management certifications. One consortium. It all adds up to a successful, sustained partnership with economic and ecological benefits.

Though not contiguous, the counties were bound by a common purpose: to respond to some of their key customers’ need to assure that forests are being managed well – before, during and after harvests. Participating counties are home to a large number of acres of forestlands, which serve some of Minnesota’s largest papermakers and lumber producers.

In recent years, those industries have seen increased pressure from end-use customers for proof that wood used has been harvested carefully, and that precautions are taken to protect forest environments.

Getting certification that best practices govern the management and use of those lands would bolster the counties’ ability to continue to market timber. The group decided to go for the gusto: group certification under both the Sustainable Forestry Initiative (SFI) and the Forest Stewardship Council (FSC) – the two systems for setting guidelines for managing forests in an environmentally responsible manner most widely recognized in the United States.

“We want loggers who buy wood to have access to all markets available to them,” said Bruce Cox, Clearwater County land commissioner. “Certifying in both FSC and SFI provides this opportunity.”

Group certification means the counties are treated as a single entity. It is a rare approach to certification for both SFI and FSC, but offered the consortium significant advantages.

It also meant working closely as a team. Together, the counties’ land department staff worked on technical aspects of certification. They developed a common forest management database and coordinated on-site evaluations by SFI and FSC auditors.

“By doing the audit cooperatively, we reduced the cost by 20 to 30 percent,” said Dennis Hummitzsch, Koochiching County land commissioner. “What we all saved in staff power and funds was significant.”

Collective will was equally significant. The counties took full advantage of the opportunity to strengthen relationships among the counties’ boards and land departments.

“The boards in all five counties deserve credit,” Hummitzsch said. “They had foresight to approve the effort. It serves a market need, and helps maintain a high level of forest management. And for five counties to collaborate at this level is quite unique.”

The effort paid off. In November 2009, the consortium earned its final certification. Cox said he expects the next audit to take place in May 2010.

“This achievement required leadership and tenacity,” said Bernadine Joselyn, director of public policy and engagement at Blandin Foundation, which encouraged the counties to work collaboratively to achieve their shared goals and then provided grant and staff support for the project. “These counties had common vision. They stayed focused, leveraged their strengths, and reached their goal.”

The certification also boosted the amount of Minnesota’s certified forestland by 9 percent, to 8.2 million acres, according to an estimate in a 2008 Dovetail Partners study of forest certification in the Great Lakes Region.

“ ‘Green’ forest products are happening now, and [demand] appears to be growing,” said Hummitzsch, of Koochiching County. “Anytime you can get in a niche [with the logger and mill communities], that’s good.”

A 2008 Dovetail Partners study of forest certification in the Great Lakes region reported that in late 2007, Minnesota, Michigan and Wisconsin represented 29 percent of the certified forestland in the United States, including 50 percent of the land certified through the FSC program and 19 percent of SFI-certified lands.

Blandin Foundation provided a $50,000 grant to assist with development of the forest management database as well as staff support for convening pre-audit training sessions for the counties’ land management staff. In addition, increasing the number of acres of forestland under certification was a key goal of the Foundation’s Vital Forests Vital Communities initiative, a seven-year, $15 million program which sunset at the end of December 2009. 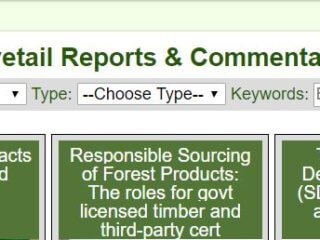 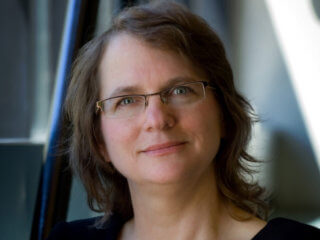