To provide a localized perspective, study findings for Southwest Minnesota are included in the following pages. “Overall” on all statistical charts represents comparative results from rural Minnesota as a whole. 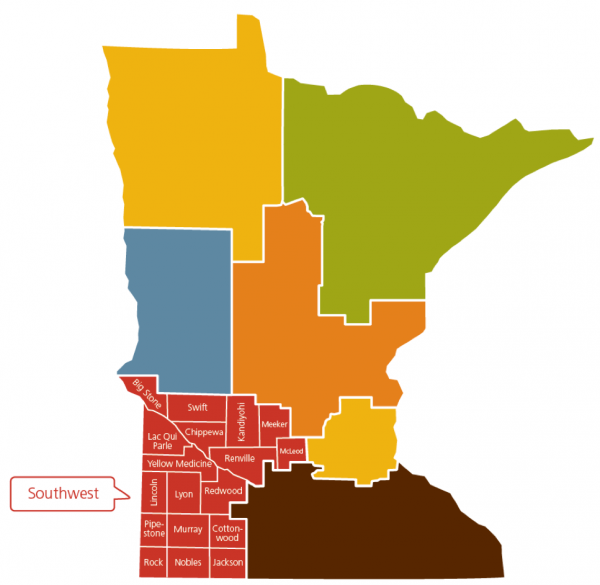 While many residents in rural Minnesota feel positive about their community in 2016, that sentiment has significantly declined compared to 2013.

Seven in 10 residents in Southwest Minnesota feel their community is vibrant, although it is the least likely region to believe that regional communities are resilient and able to recover from difficult situations – a compelling decrease from 2013 findings. It is also the least likely region to believe that residents are able to contribute to their community’s future, although three in four still feel they can make a positive impact. 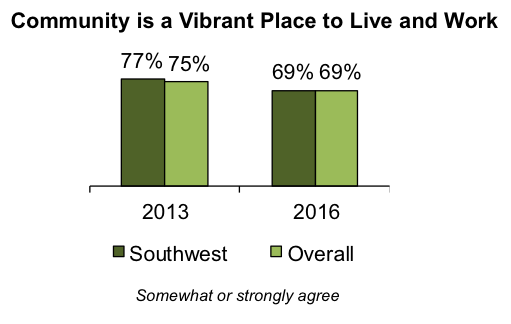 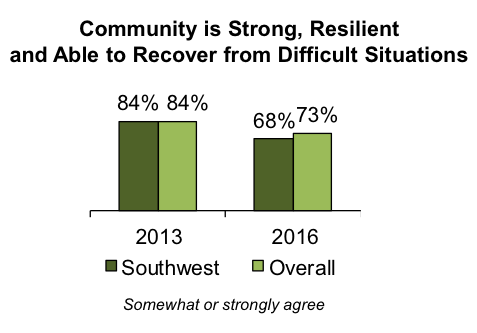 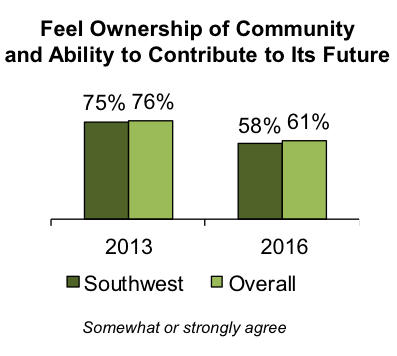 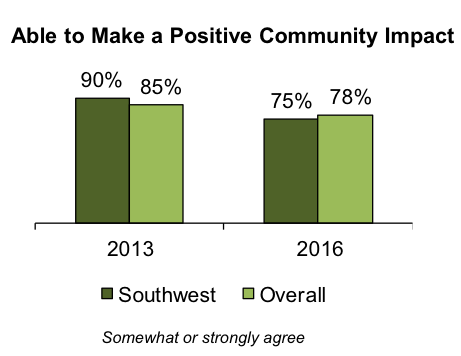 About seven in 10 feel their community works together cohesively. 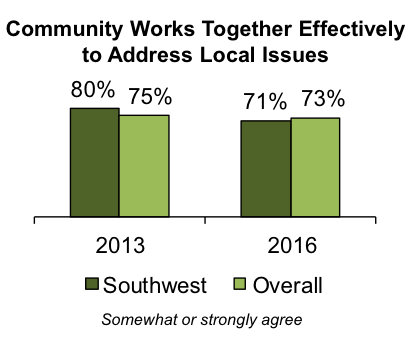 Three in four residents in Southwest Minnesota believe that access to basic community services is equal for all residents – a decline from 2013 findings. The service areas of greatest concern, however, are improving internet, consideration of diverse culture and the arts, and public transportation – with a few showing sharp declines from 2013 findings. 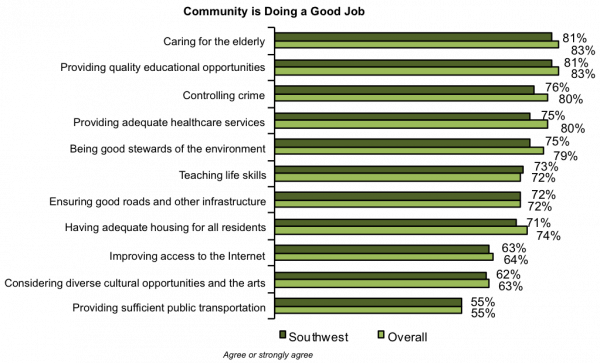 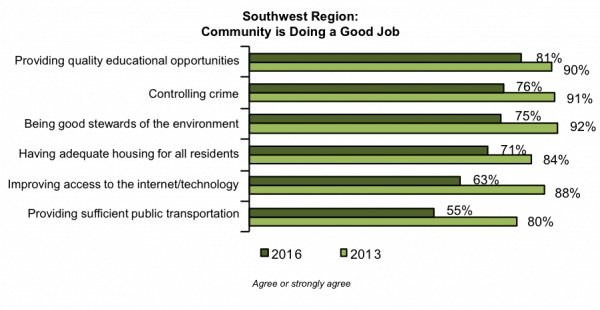 Most feel the government and parents are responsible for educational opportunities.

About two-thirds of those in the Southwest region feel quality of life will improve and there is even higher optimism about their community’s future. 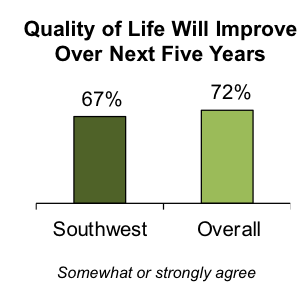 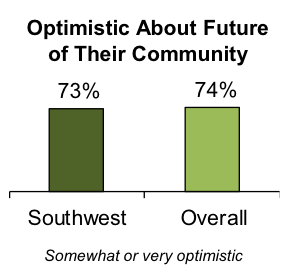 The Southwest region is the most likely to believe the needs of rural communities are important to lawmakers. Fewer than half feel supporting political candidates who address rural issues is of high importance, a sharp decline from 2013 results. 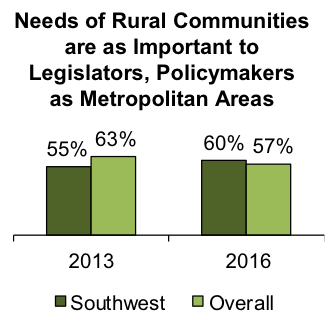 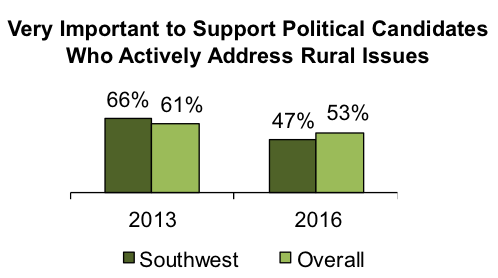 One in four feel the local economy has improved within the past year.

The perception in Southwest Minnesota is that there has been little improvement to the economy; and concerns about jobs still top the priority list. The most critical issues to address are said to be growing local job opportunities, attracting new business, crime and education opportunities. 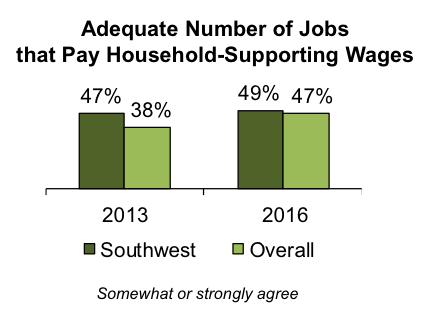 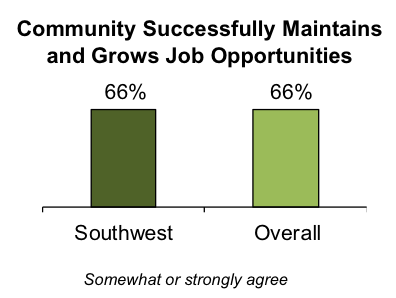 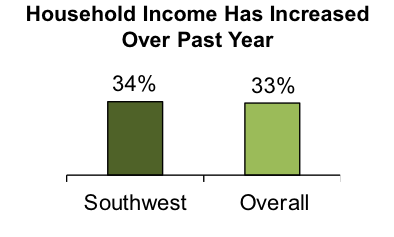 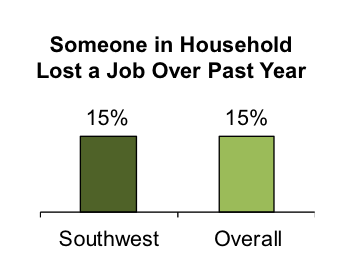 Southwest residents are the most likely to say they do not expect to live in their same community five years from now, and about one in five have considered moving to a larger city. Most say job opportunities are the motivating factor for considering migration, followed by quality of life. Other reasons listed, in addition to educational opportunities, include being closer to family, among others. 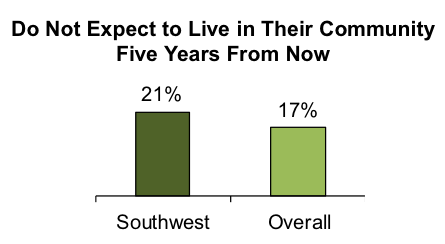 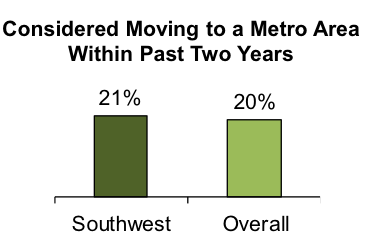 More than half feel the population has become more diverse in Southwest Minnesota in recent years. Seven in 10 believe their communities are welcoming – a significant decrease from 2013 findings. About seven in 10 feel there is acceptance of differences, such as ethnicity, sexual orientation, religion and nationality. 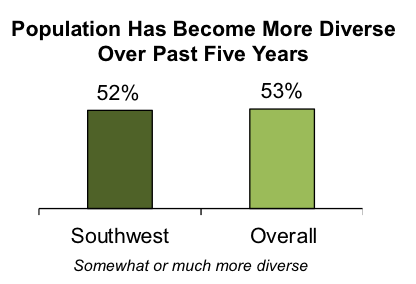 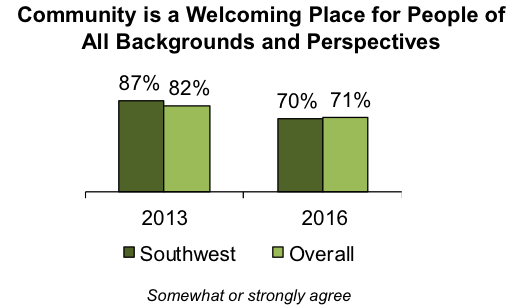 There is a perception that community leadership is not inclusive. Two in five say they have served in a leadership capacity – a significant decrease from 2013 findings. Twenty-eight percent say that they would definitely consider serving in leadership if asked. 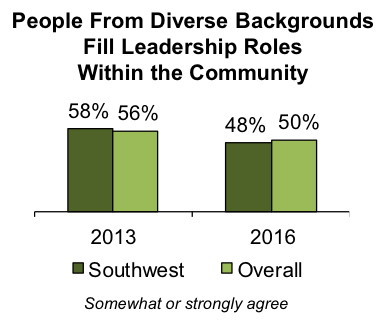 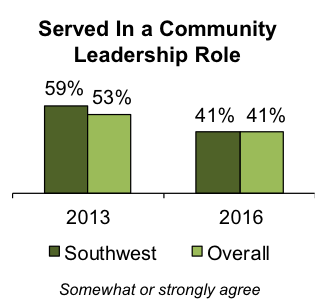 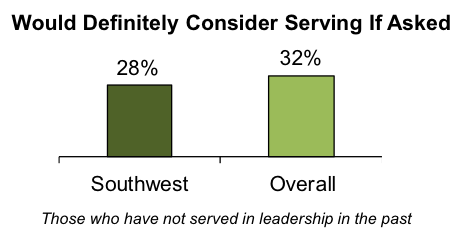