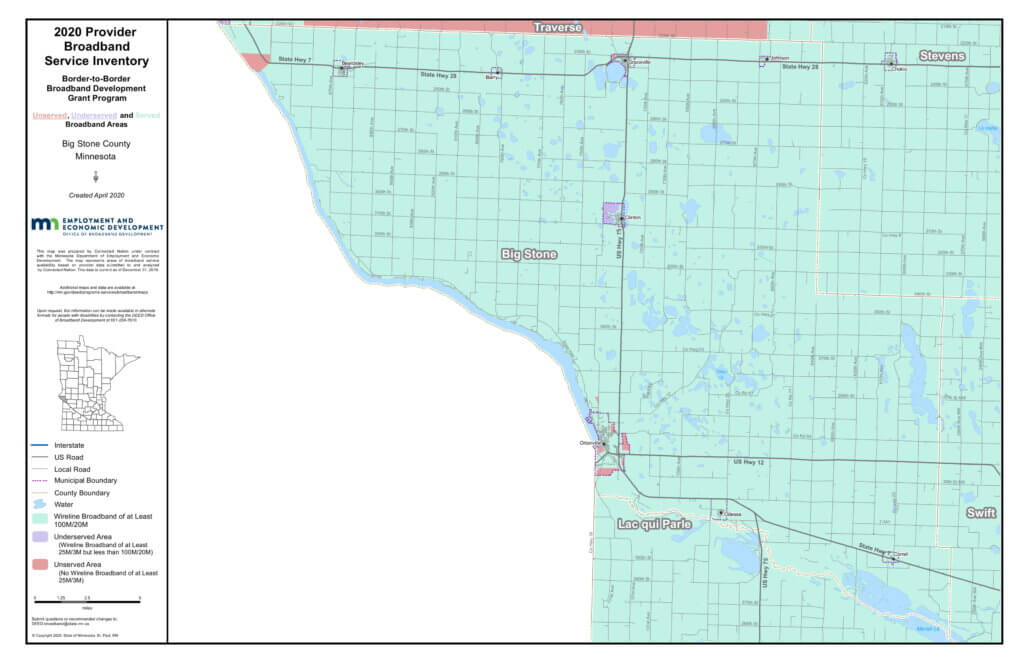 In 2018, after partnering with Federated Telephone Cooperative on a successful MN Border to Border grant, Big Stone County moved to top 10 (often top 5) ranking for access to 100/20 Mbps broadband. Their broadband access remains the same; their ranking slips only because other counties are doing even better. It’s good to see their recent involvement in the State Telecommuter Forward program, showing an interest in broadband promotion and use as well as access.

In 2014, Big Stone benefited from a MN state broadband grant:

That moved them from pretty good status to contenders in 2018.

Big Stone County was named one of 23 Telecommuter Forward communities by the State in August 2020. How this will manifest during COVID is yet to be seen but it shows an interest in broadband adoption.