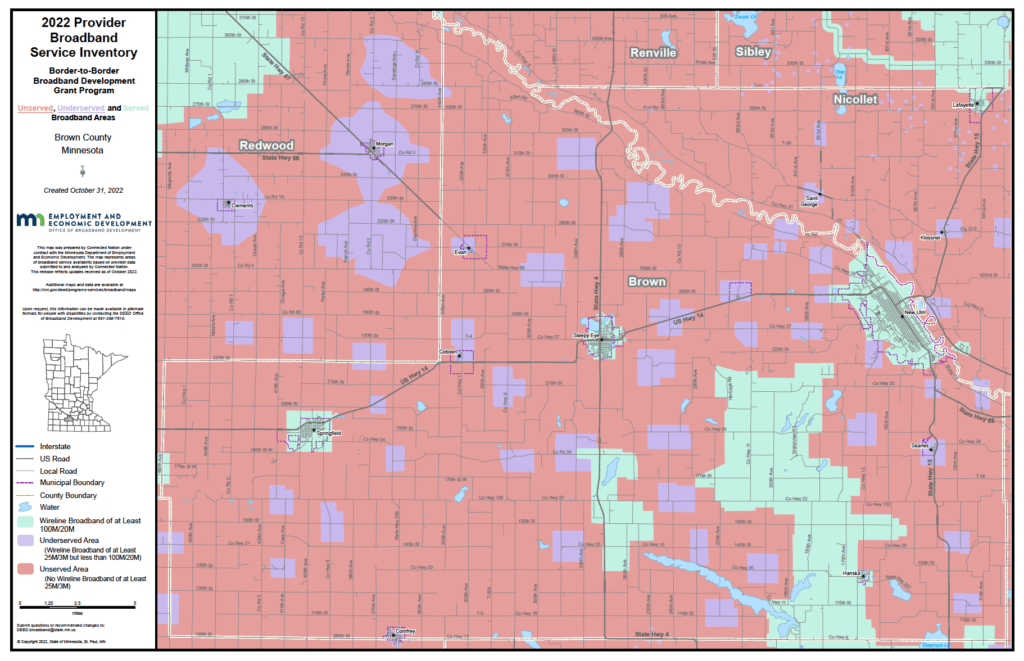 Brown County ranks 45 for broadband access and 34 for digital equity out of 87 counties. They have seen incremental improvement up to almost 80 percent coverage to broadband of 100 Mbps down and 20 up since 2017. They have 2361 households without access to broadband at that speed. Estimates indicate that it will cost $22 million to get to ubiquitous broadband in the county.

Brown County will see improvement based on a border to border grant announced in December 2022.

Brown County is seeing an improvement to yellow code due in great part to the nearly $4 million grant for a $7.6 million project in Brown County. Hopefully that will spur greater engagement moving forward.

Brown County ranks 43 out of 87 for computer ownership. 91 percent of homes have a computer of device as compared to statewide ownership of 95.5 percent.