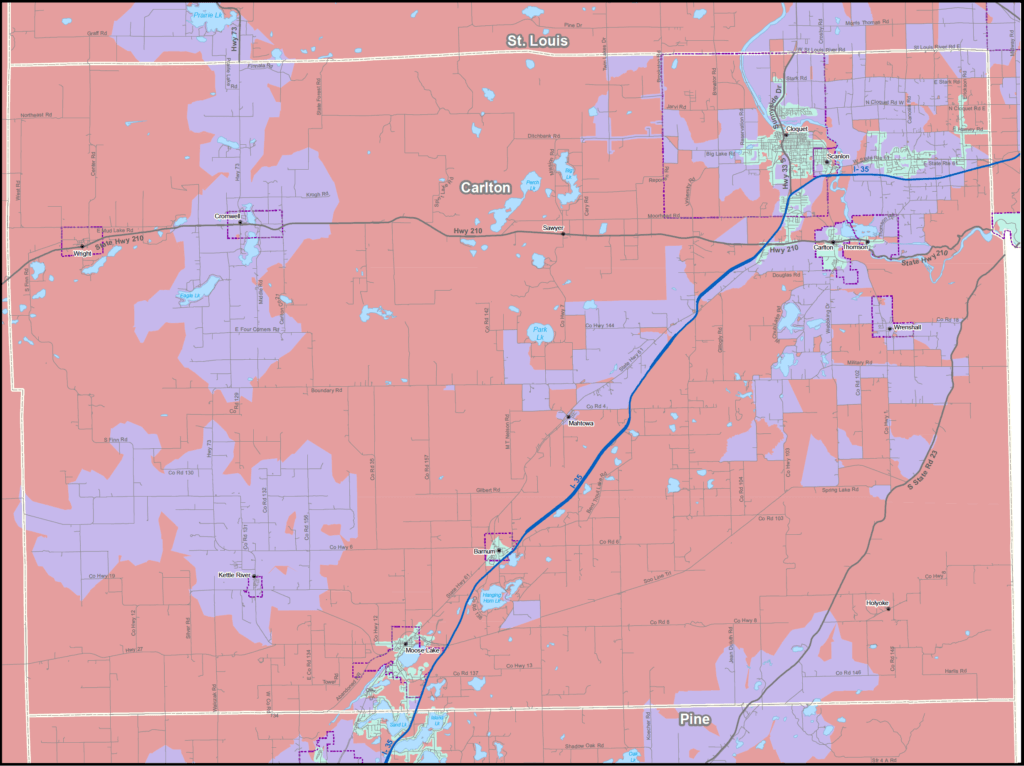 Carlton County does not appear to be on track to meet the Minnesota broadband speed goals for either 2022 or 2026. There are some anomalies with the measures, especially a dip in access to 100/20 Mbps in the last year but even without it they seemed unlikely to make the goal.

In 2017, Carlton benefited from a state broadband grant:

But the improvements, as explained in the grant proposal need only be to 25/3 Mbps access, which does not leave them well situated for meeting the 2026 goals.

While countywide there are nine providers, much of Carlton County (and indeed the surrounding area) is served by only one provider – and that is a large national provider. It can be a challenge to get a national provider to work in an area with such low population density.

In 2018, a Blandin Foundation report looked at the impact of Federal CAF II funding in two towns in Chisago, Isanti and Kanabec Counties: Lindstrom and Braham. CAF II money went to qualifying providers (including the national providing serving Carlton) to subsidize network deployments that can deliver service of at least 10/1 Mbps. The study found that while some areas were upgraded beyond that speed; some remain at speeds that do not meet the 2022 nor 2026 state broadband goals.

Carlton County could benefit from future grants. In 2019, SCI Broadband has applied to upgrade service in Carlton. (That doesn’t mean they will get the grant; they have only applied.)