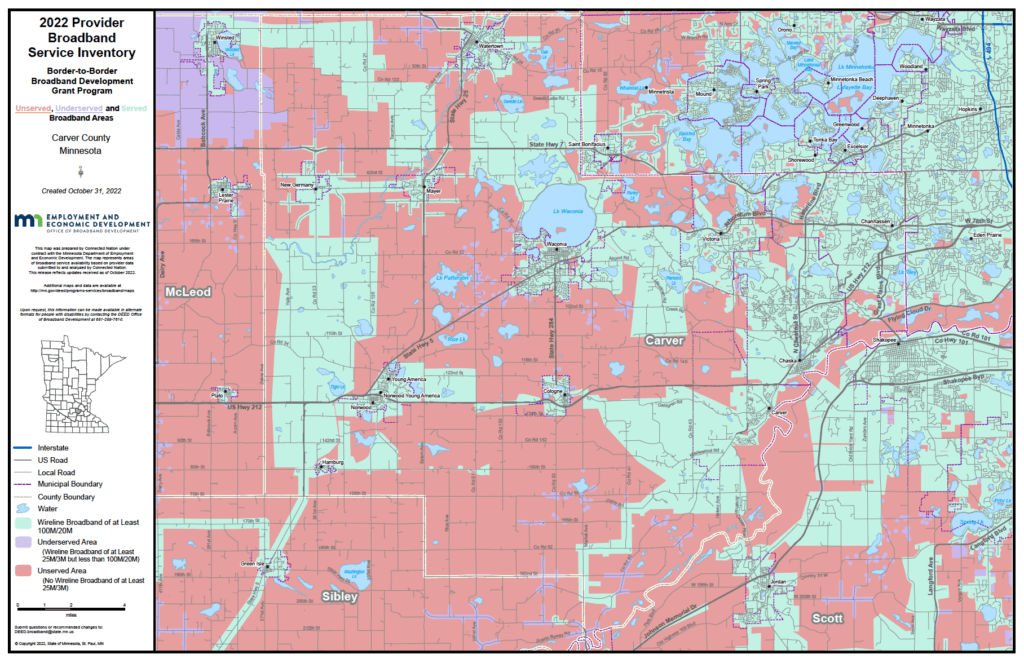 Carver County ranks 19 for broadband access and 2 for digital equity out of 87 counties. They have ranked well for years but saw a nice push to 93.2 percent coverage to broadband of 100 Mbps down and 20 up in the last year. They have 2745 households without access to broadband at that speed. Estimates indicate that it will cost $25.5 million to get to ubiquitous broadband in the county.

Carver County gets a green light because they are close to ubiquitous coverage. They had seemed stuck for a while but they’ve improved in the last year and have solid plans for more. Also they rank well for digital inclusion, which indicates an audience that would be receptive to better broadband.

Carver County ranks 1 out of 87 for computer ownership. 98.7 percent of homes have a computer of device as compared to statewide ownership of 95.5 percent.

2013, Carver County received ARRA funding for Carverlink, a publicly owned 89-mile base ring with 33 miles of lateral lines. It was completed in Fall of 2013.