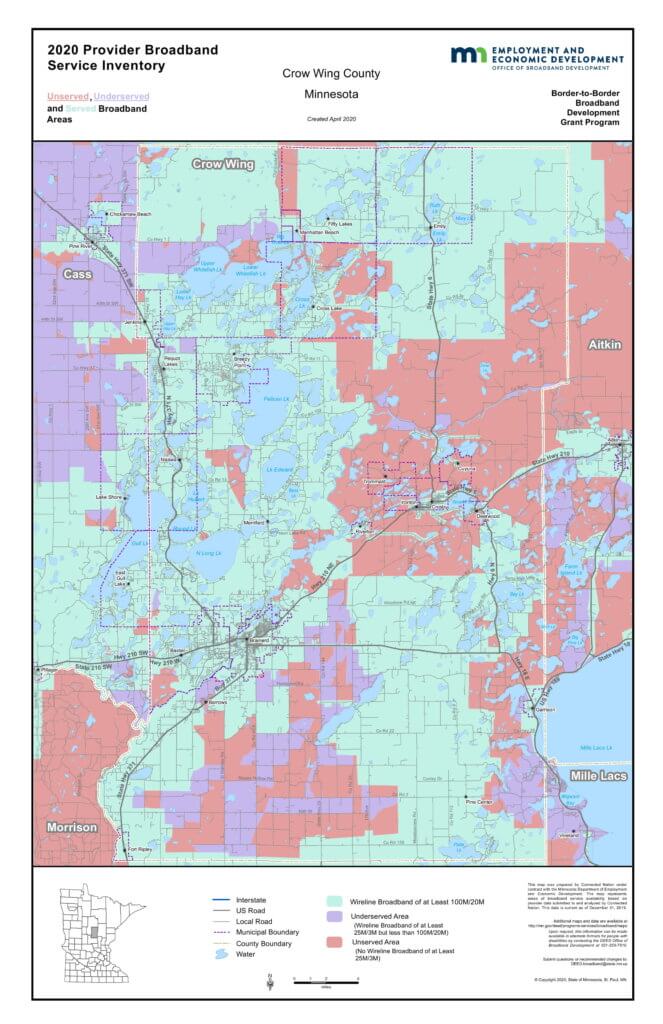 Crow Wing saw a nice upgrade to broadband in 2019; the level has remained the same, and actually dipped a little in the last year. But the county has recently decided to invest $1.5 million of CARES Act funding in broadband expansion with local provider, CTC. CARES projects must be completed by December 1, 2020 so they will see improvements soon. CTC also received funding in the last round of Border to Border grants that will benefit Crow Wing County as well.

Crow Wing County was one of the communities studied  as part of Blandin Foundation’s 2017 Measuring Community ROI report. We found that $15,123,450 had been invested in broadband in the area. Using formulas devised to measure the impact of broadband access, Crow Wing has the potential to realize from this investment:

Included in the funding noted above, Crow Wing has benefited from three MN broadband grants:

CTC also received funding in the last round of Border to Border grants:

For a list of community broadband adoption projects, see the Blandin matrix…https://blandinfoundation.org/content/uploads/vy/BBC_2015-16_Project_Matrix.pdf