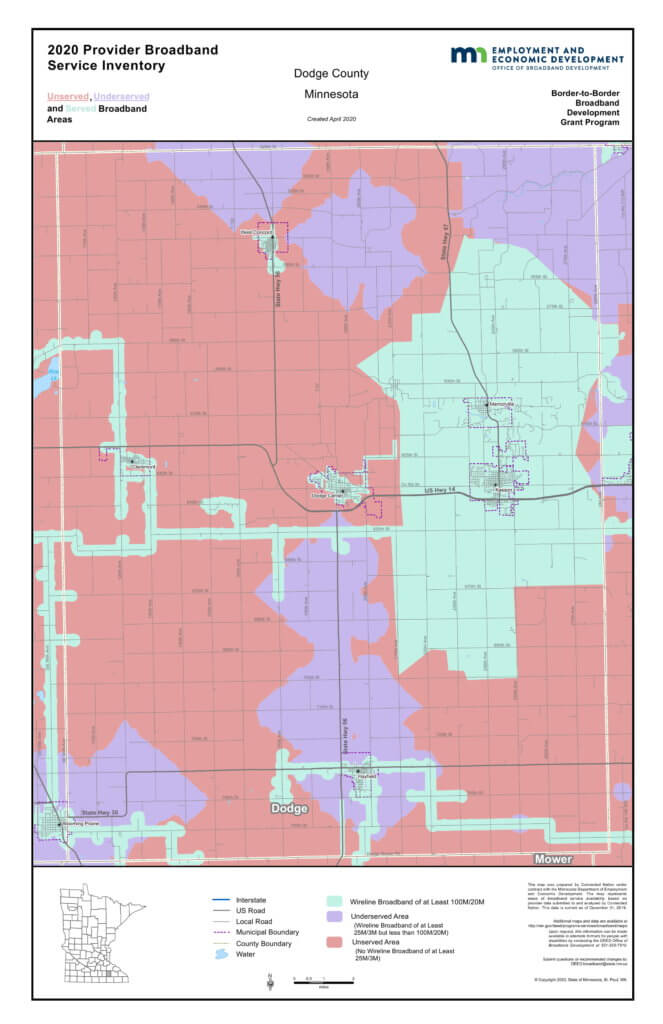 Dodge County has held steady at about 75 percentage coverage to 100/20 Mbps broadband since 2018. Grants awarded in 2017 and 2018 likely helped them get to that level but there’s much recent activity. While one of their broadband providers was acquired recently, and that might mean expansion, it’s more likely that the community will need to get active and engaged to see improvements.

Part of Dodge County was served by Jaguar, which was acquired by MetroNet in July (2020). MetroNet claims they will invest $150 million to grow their Minnesota market.