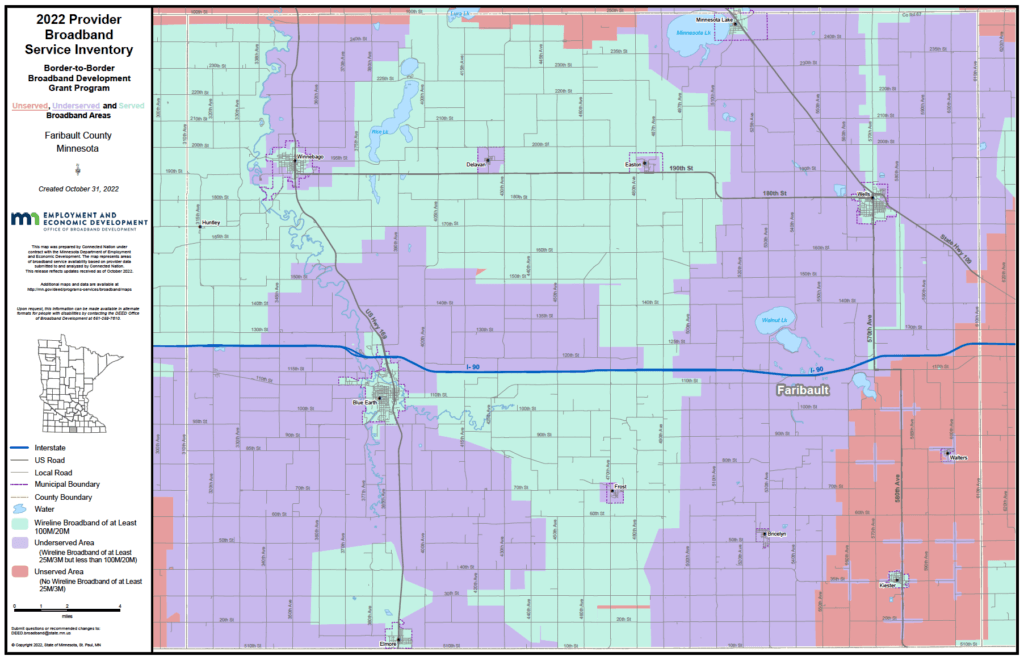 Faribault County ranks 62 for broadband access and 57 for digital equity out of 87 counties. Faribault got traction in 2022 with an increase from 44 to 73 percent coverage to broadband of 100 Mbps down and 20 up. They have 1889 households without access to broadband at that speed. Estimates indicate that it will cost $17.6 million to get to ubiquitous broadband in the county.

Faribault County will benefit from a border to border grant that was announced in December 2022:

The county has been focused on improving better broadband as seen in their discussion of using CARES money on broadband. They have seen a huge change in the last year and the most recent grant is likely to continue to move the needle. In fact, they saw the greatest increase in county ranking this year! Up 22 places! It’s because of this renewed energy that Faribault’s code has changed from red to yellow.

Faribault County ranks 72 out of 87 for computer ownership. 88.1 percent of homes have a computer of device as compared to statewide ownership of 95.5 percent.