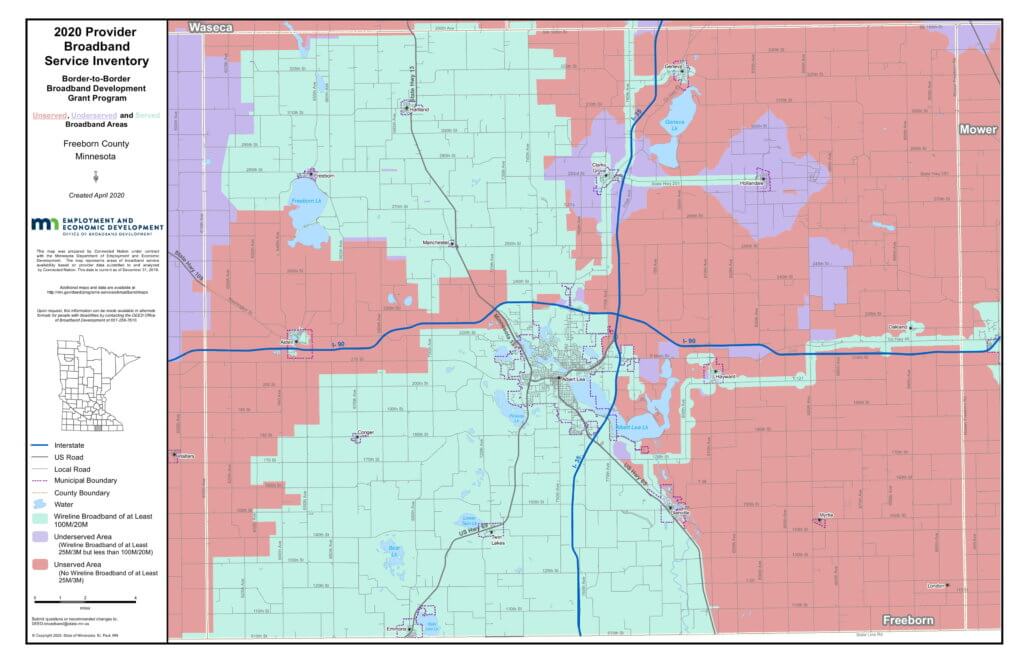 Freeborn County’s broadband upgrade and expansion seems to have stalled. There is a recent change in a local provider; another provider getting some ongoing financial support but otherwise little seems to be brewing on the horizon. To meet the State speed goals, the community may need to become more active.

Freeborn is also getting almost $2 million in FCC funding but that is over the next 10 years.

Part of Freeborn County was served by Jaguar, which was acquired by MetroNet in July (2020). MetroNet claims they will invest $150 million to grow their Minnesota market.

The DHS/MNIT owned-and-operated telepresence network provides secure, encrypted, HIPAA compliant connections to over 6,000 users South Central Minnesota. Spurred by COVID, Freeborn is one of several counties that have agree to extend use of the network to serve more people via telepresense, which indicates an interest in expanding use of broadband as well as deployment.