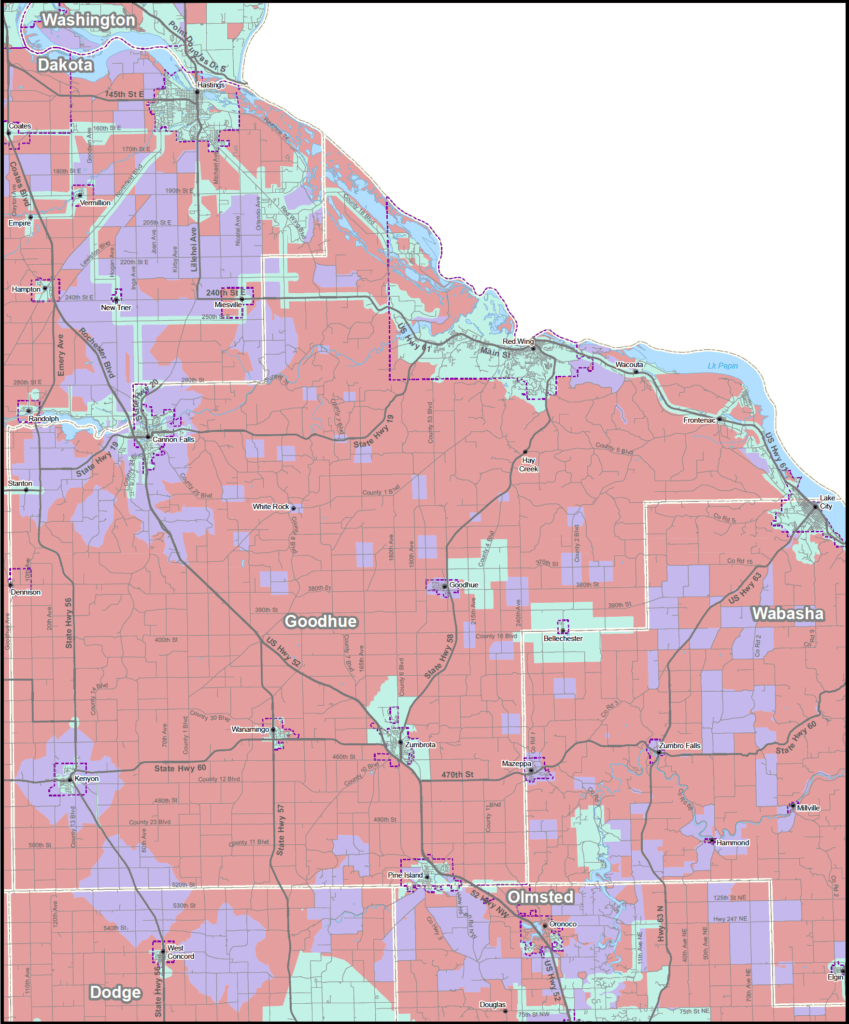 Goodhue County has a way to go to meet the 2022 or 2026 state speed goals. They have good broadband – in that everyone who has access appears to have access to speeds of 100/20 Mbps but only 80 percent of the county has access. They need more of what they have.

Red Wing, in Goodhue County, was a 2015-2016 Blandin Broadband Community, and has done some innovative programming through Red Wing Ignite, a local organization with national ties.

Last year, Goodhue was part of Blandin Foundation’s report on the community return on public investment in broadband, noting the following investments have been made in the community:

Using formulas devised to measure impact of broadband access, Goodhue has the potential to realize:

They are doing good things in Red Wing and Goodhue county (such as a recent $750,000 national award for innovation) but they need to reach the areas without broadband to ensure that the whole county benefits.

Goodhue County could benefit from future grants. In 2019, Nuvera and BEVCOMM applied to upgrade service in Goodhue. (That doesn’t mean they will get the grant; they have only applied.)