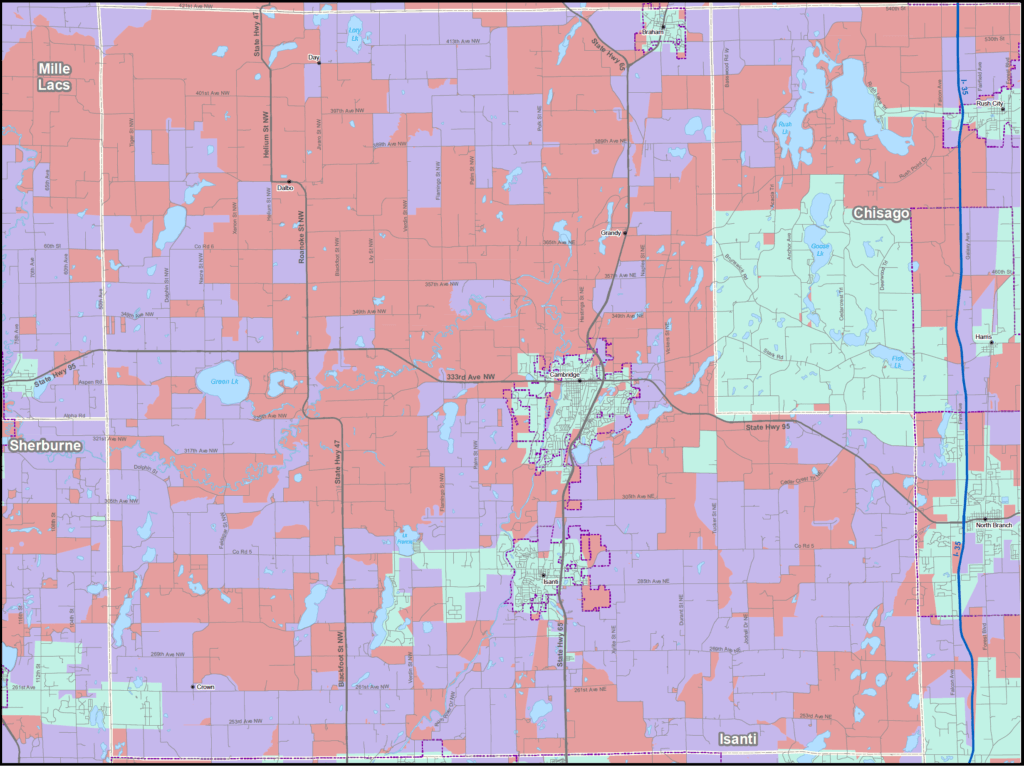 For years Isanti County has been part of the East Central Regional Broadband Group just north of the Twin Cities. It is an area that is largely served by one large national provider, as the map below indicates. That lack of competition has been a roadblock, further exacerbated by consequences of federal CAF II funding.

In 2018, a Blandin Foundation report looked at the impact of Federal CAF II funding in two towns in Chisago, Isanti and Kanabec Counties: Lindstrom and Braham. CAF II money went to qualifying providers to subsidize network deployments that can deliver service of at least 10/1 Mbps. The study found that while some areas were upgraded beyond that speed; some remain at speeds that do not meet the 2022 nor 2026 state broadband goals.

In 2018, Isanti County, with Blandin Foundation support, surveyed residents about their experience with broadband…

Clearly the community feels the need for better broadband. Perhaps they can use the survey results to encourage a provider to move in with a plan for improvement.