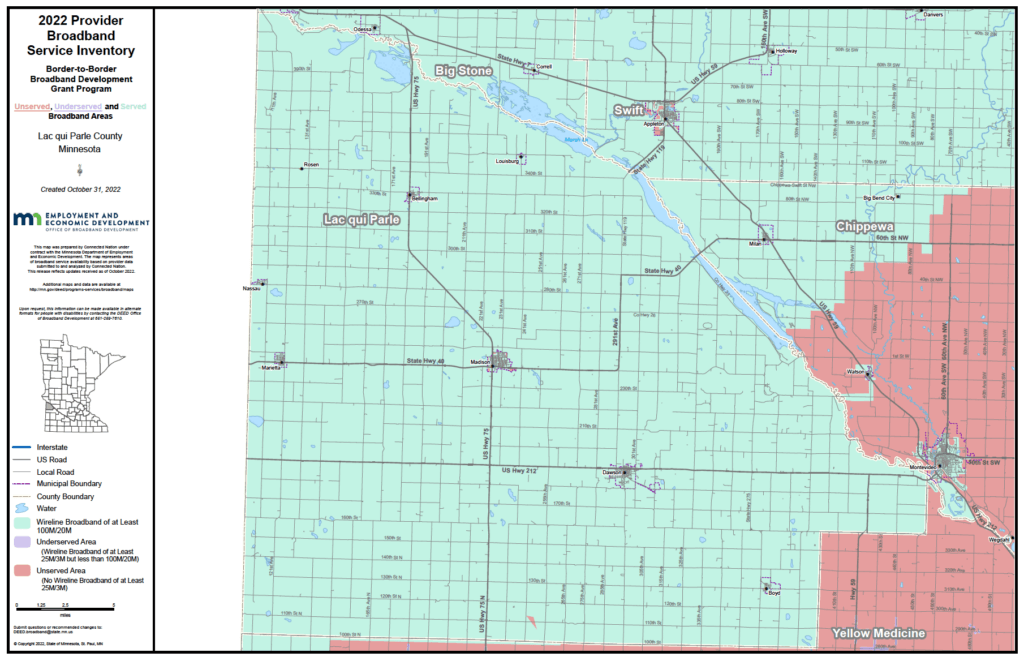 LqP County ranks 4 for broadband access and 81 for digital equity out of 87 counties. They have had more than 99 percent coverage to broadband of 100 Mbps down and 20 up since we started tracking. They have 5 households without access to broadband at that speed. Estimates indicate that it will cost $45,000 to get to ubiquitous broadband in the county.

Lac qui Parle (LqP) County received an American Recovery and Reinvestment Act (ARRA) award in 2010 that brought Fiber to the Home (FTTH) to most of the county. They have been well served since then and are able to make improvements. That is why they get an easy green code. But their digital equity ranking is 81. If they get funding for technology, they should consider investment in digital equity. That being said, they were early partners with the Blandin Foundation and have a history of great programs, such as the Computer Commuter akin to a bookmobile but with computers and Internet access.

LqP County ranks 81 out of 87 for computer ownership. 86 percent of homes have a computer of device as compared to statewide ownership of 95.5 percent.