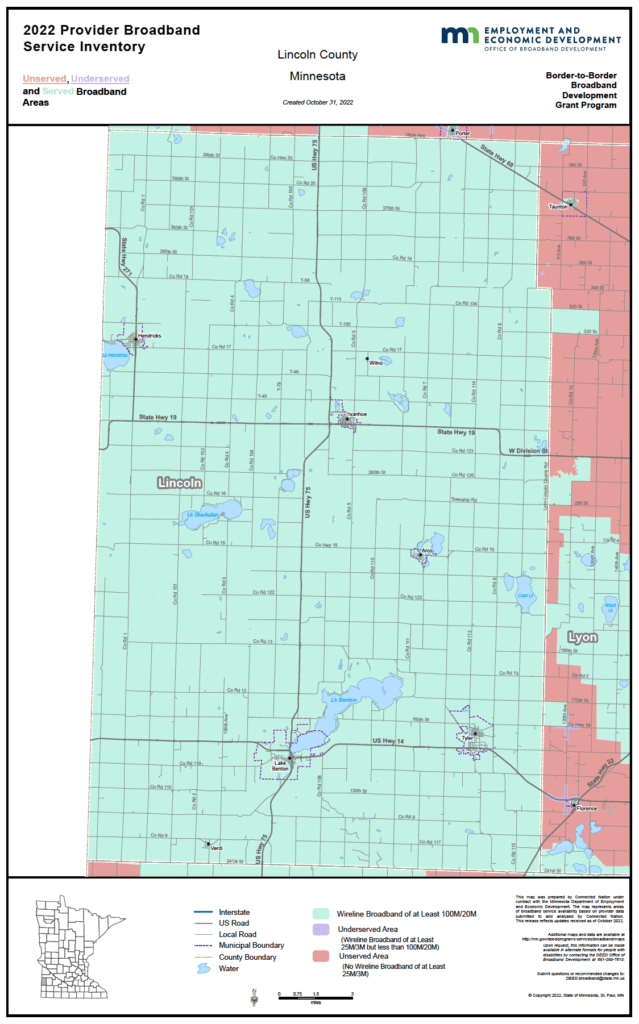 With help from the Blandin Foundation, Lincoln released a feasibility study in 2018, which indicated Fiber to the Premise would cost $8.5 million in eastern Lincoln County. They worked on a grant application that did not get funded but the county decided to move ahead on their own.

They continue to earn their green ranking.

Lincoln County ranks 77 out of 87 for computer ownership. 87.3 percent of homes have a computer of device as compared to statewide ownership of 95.5 percent.