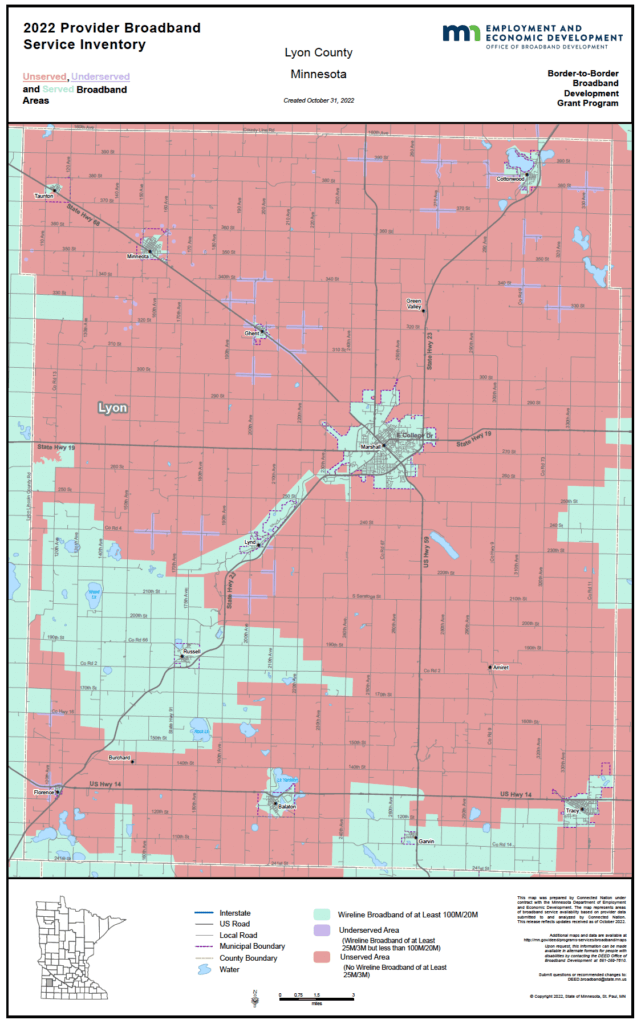 Lyon County ranks 34 for broadband access and 28 for digital equity out of 87 counties. They have had incremental improvement landing at 84.27 percent coverage to broadband of 100 Mbps down and 20 up in 2022. They have 1759 households without access to broadband at that speed. Estimates indicate that it will cost $16.3 million to get to ubiquitous broadband in the county.

The Mayors of towns In Lyon met with Senator Klobuchar in January and October 2022. They have been talking about federal funding but there hasn’t been a lot of evidence of improvements, which is why they still live with the red standing.

Lyon County ranks 27 out of 87 for computer ownership. 92.9 percent of homes have a computer of device as compared to statewide ownership of 95.5 percent.