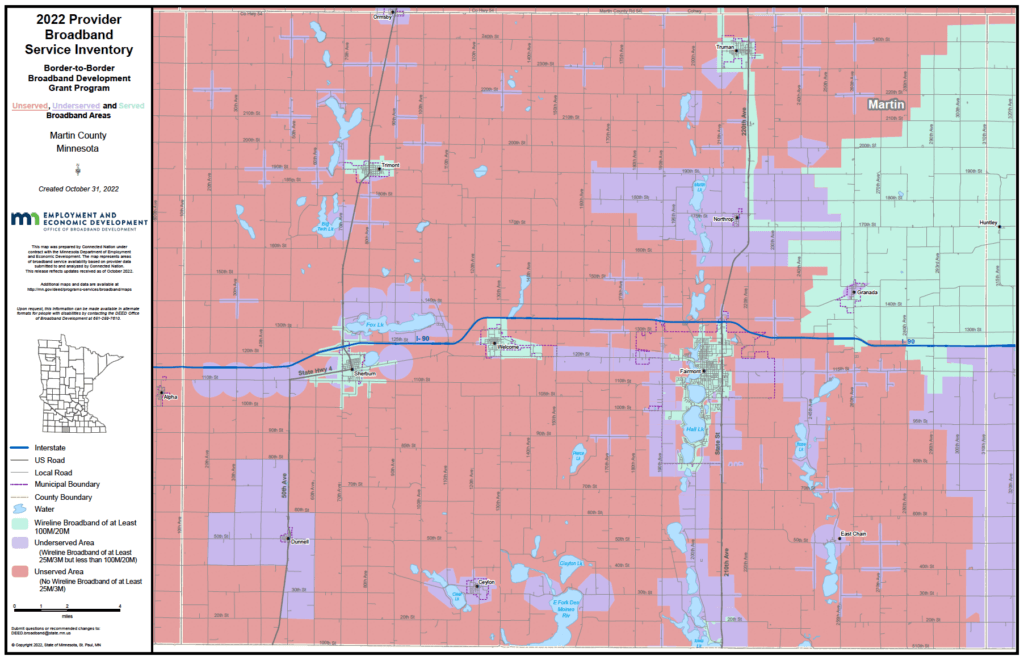 Martin County ranks 71 for broadband access and 60 for digital equity out of 87 counties. They have hovered around 67 percent coverage to broadband of 100 Mbps down and 20 up since 2020. They have 3214 households without access to broadband at that speed. Estimates indicate that it will cost $29.9 million to get to ubiquitous broadband in the county.

Martin will benefit from a border to border grants announced in December 2022:

In July, the Ceylon City Council has given Federated Broadband $1 million in Community Development Block Grant/CARES for Fiber to the Home.

Hopefully, these projects will spur more momentum for better broadband but until there’s a greater demonstration of that, they stay at code red.

Martin County ranks 45 out of 87 for computer ownership. 90.8 percent of homes have a computer of device as compared to statewide ownership of 95.5 percent.

Martin County has worked with the Blandin Foundation.

There is a matrix of Minnesota broadband adoption projects.