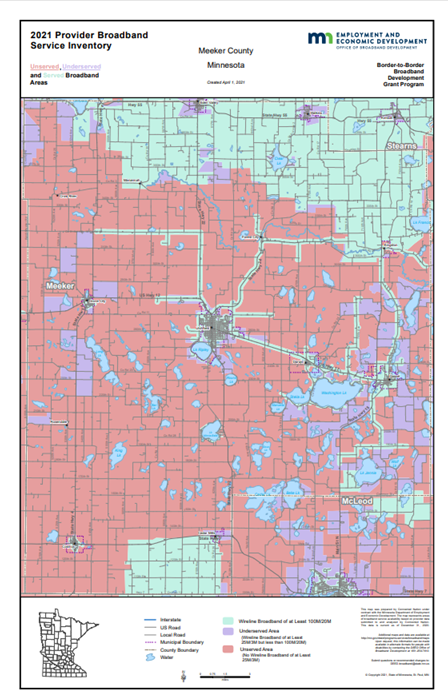 Meeker County will benefit from a MN State Grant awarded in 2021:

They will benefit from a MN Border to Border grant awarded in the last round. The project is small, but hopefully will start a quest for more improvement. Projected allocation of American Recovery Project ARP funds in Meeker is $4,503,764; broadband is one possible use.

Meeker County needs a major push to get to better broadband; they are code red.