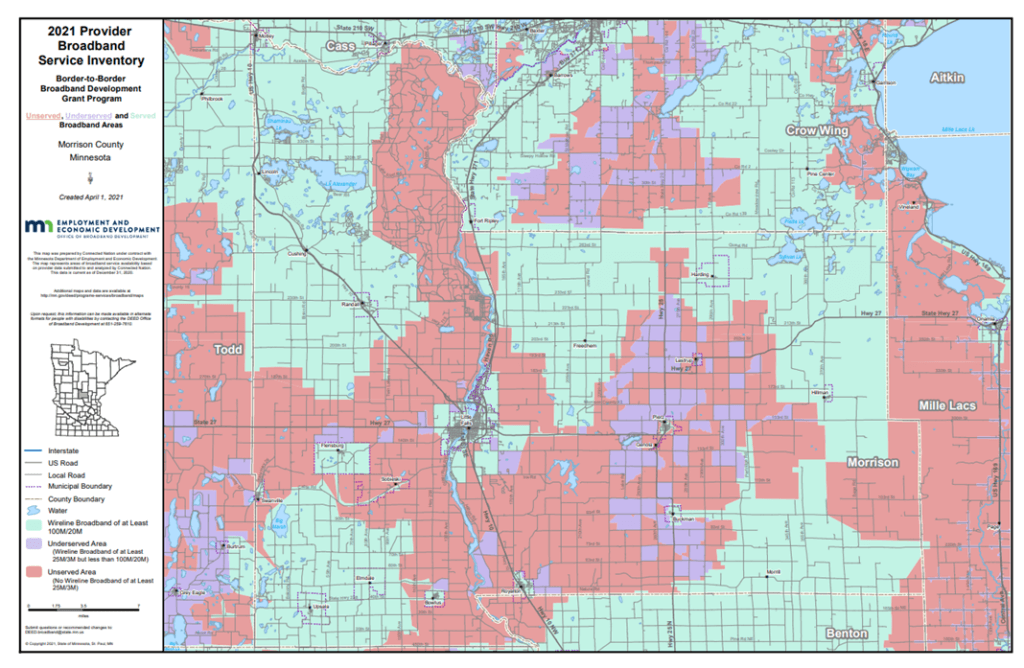 Morrison County has been actively engaged in seeking better broadband for several years, including as part of the Resilient Region as a Blandin Broadband Community. They have benefited from grants most years that they have been available and will benefit from two Border to Border grants they received in the last round. They have a way to go to meet the 2026 speed goal but each year they seem to make improvements.

Morrison County will benefit from a few MN State Grants awarded in 2021:

Projected allocation of American Recovery Project ARP funds in Morrison is $6,475,009; broadband is one possible use.

Federal funding provides a potential for all of the counties to invest in broadband. It seems as if counties that have been working with the Blandin Foundation or otherwise been involved with broadband are more likely to make that choice. Morrison County has a history with Blandin and that’s why they are code yellow.