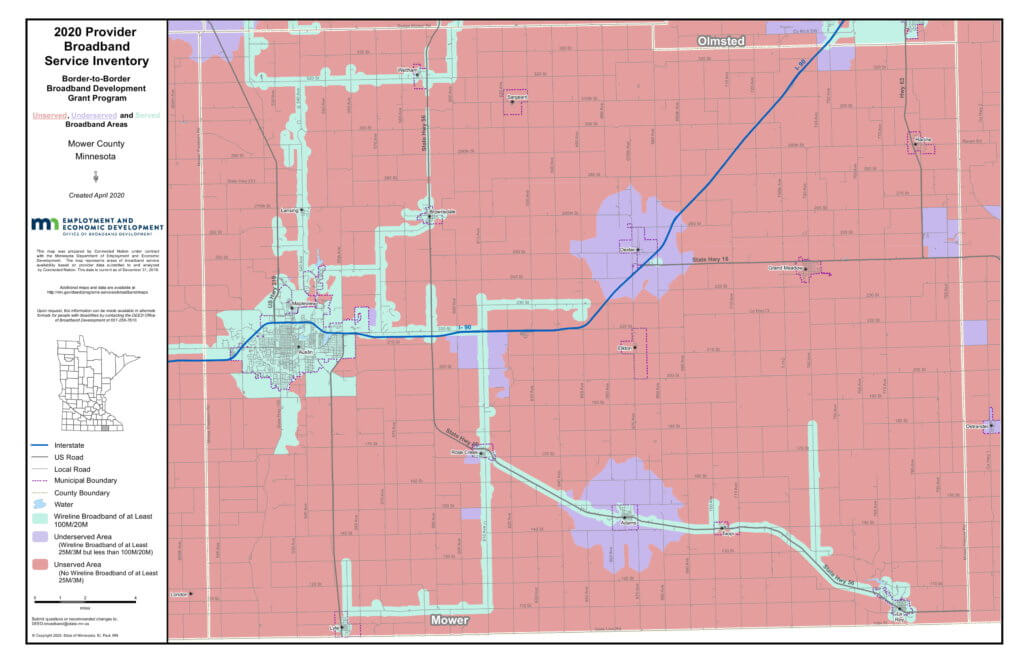 Mower County applied for funding last year and didn’t get it but in the process, they have found a partner in Midcontinent. It seems likely that they might try again. Mower County has a few providers in the area that are engaged, or claim to be engaged, so they are better off than counties with large national providers that seem less interested in investing in rural expansion.

In 2017, Mediacom announced that part of Mower County (Adams, Brownsdale, Le Roy, Lyle, Waltham) are part of its Gigabit upgrade. That may explain some growth. In August 2019, Mid Continent asked Mower County to support their application for a Minnesota Broadband grant to extend/expand broadband in the area. Mower agreed to support it; but it was not funded.

Part of Mower County was served by Jaguar, which was acquired by MetroNet in July (2020). MetroNet claims they will invest $150 million to grow their Minnesota market.