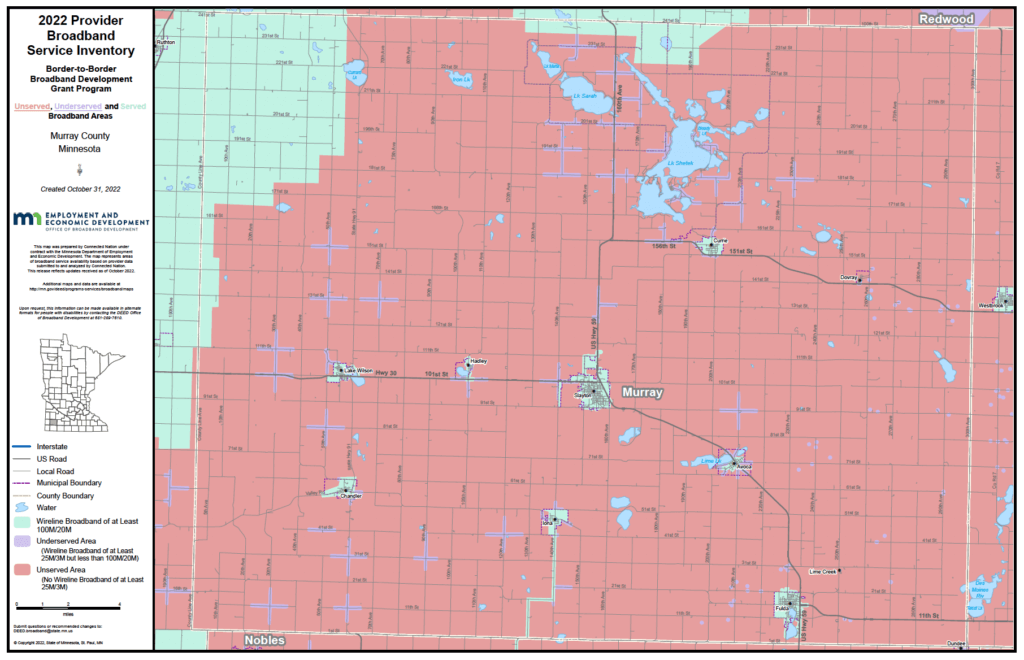 Murray County ranks 81 for broadband access and 70 for digital equity out of 87 counties. They have hovered around 50 percent coverage to broadband of 100 Mbps down and 20 up since we started tracking. They have 2133 households without access to broadband at that speed. Estimates indicate that it will cost $19.8 million to get to ubiquitous broadband in the county.

Murray County will benefit from a border to border grant announced in December 2022:

In 2018, with support from the Blandin Foundation, released a feasibility study that was not promising; it indicated that it is not economically feasible to build fiber everywhere. Subsequently, they are left looking at hybrid models, trying to convince the state to increase the 50 percent match or find another solution. Last summer (2022), the county committed $500,000 to support the broadband project that ended up receiving a border to border grant.

They are working, they just need to keep working and because of it the main code red standing.

Murray County ranks 70 out of 87 for computer ownership. 88.3 percent of homes have a computer of device as compared to statewide ownership of 95.5 percent.