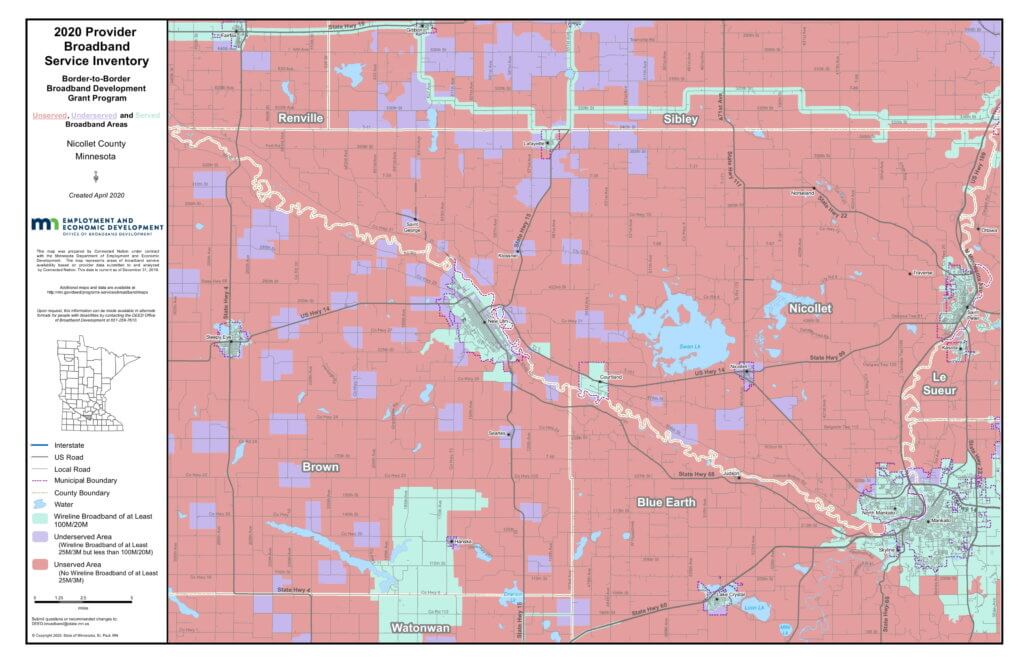 It’s difficult to get a clear picture of Nicollet’s progress toward the speed goals given the dip in 2018 – caused by provider Nuevera going more granular with its DSL data – but it looks like Nicollet is experiencing momentum toward reaching the state’s speed goals.

Nicollet County has benefited from a state broadband grant:

Part of Nicollet County was served by Jaguar, which was acquired by MetroNet in July (2020). MetroNet claims they will invest $150 million to grow their Minnesota market.

Nicollet is part of a consortium (Region 9) that using broadband for better telehealth, especially for better mental telehealth.