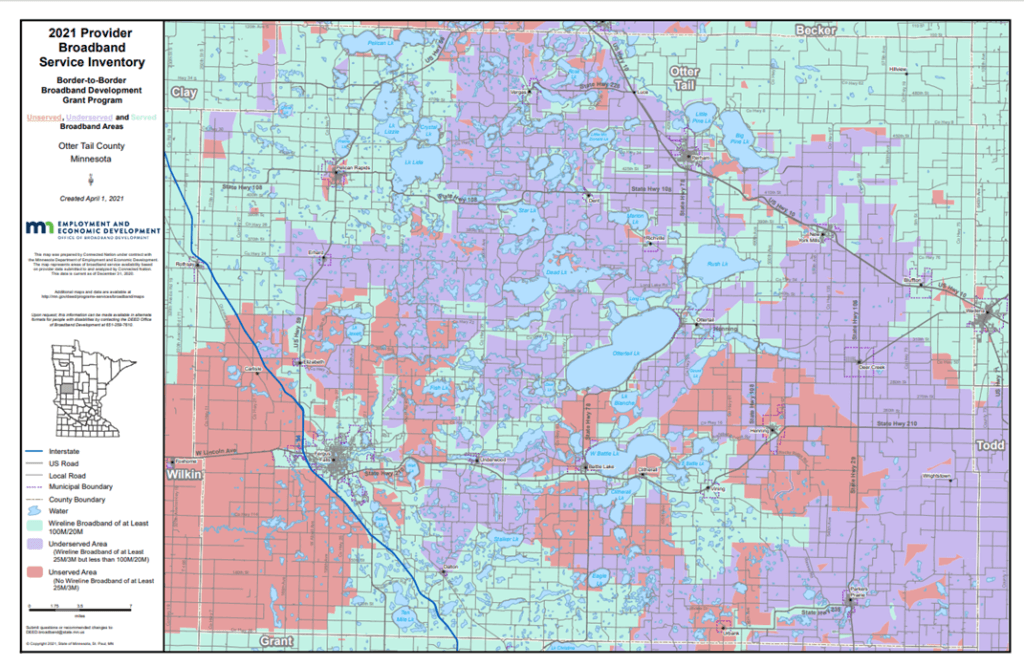 Otter Tail County is seeing steady, incremental improvement to their broadband access, likely because they have also benefited from a number of MN Border to Border grants.

They have seen a greater increase in access to 25/3, which can be detrimental for long term planning. Going from nothing (or very slow) to 25/3, customers will be comparatively pleased, which may reduce their interesting in investing in a more long-term solution. Also, it is interesting to see a provider upgrade to only 25/3.

Projected allocation of American Recovery Project ARP funds in Otter Tail is $11,393,425; broadband is one possible use.

Otter Tail County has the opportunity to invest in broadband with federal funding. That would help them reach ubiquitous broadband; this is where the increase in access to 25/3 might get in the way of popular opinion on the choice. They are code red.