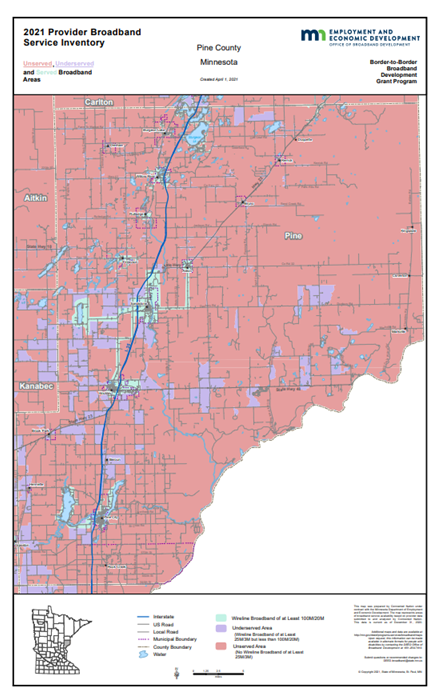 Pine County has been actively seeking better broadband for years; they were part of a Blandin Broadband Communities cohort a few years ago. Unfortunately, much of Pine County is served by one large national provider. That may be a bottleneck to better access in those areas, because as we noted last year, lack of competition can impact the drive for improvement.

Projected allocation of American Recovery Project ARP funds in Pine is $5,736,665; broadband is one possible use.

They were a cohort in Blandin’s inaugural Accelerate! program, a process to spur community acquisition and deployment of federal and state broadband funds. Also, they got Blandin funding in August to do a feasibility study, which is often a solid step to getting better broadband. I think the projects with Blandin will help them invest ARP in broadband.

They are still code red, but that represents their barriers more than their hard work and perseverance.