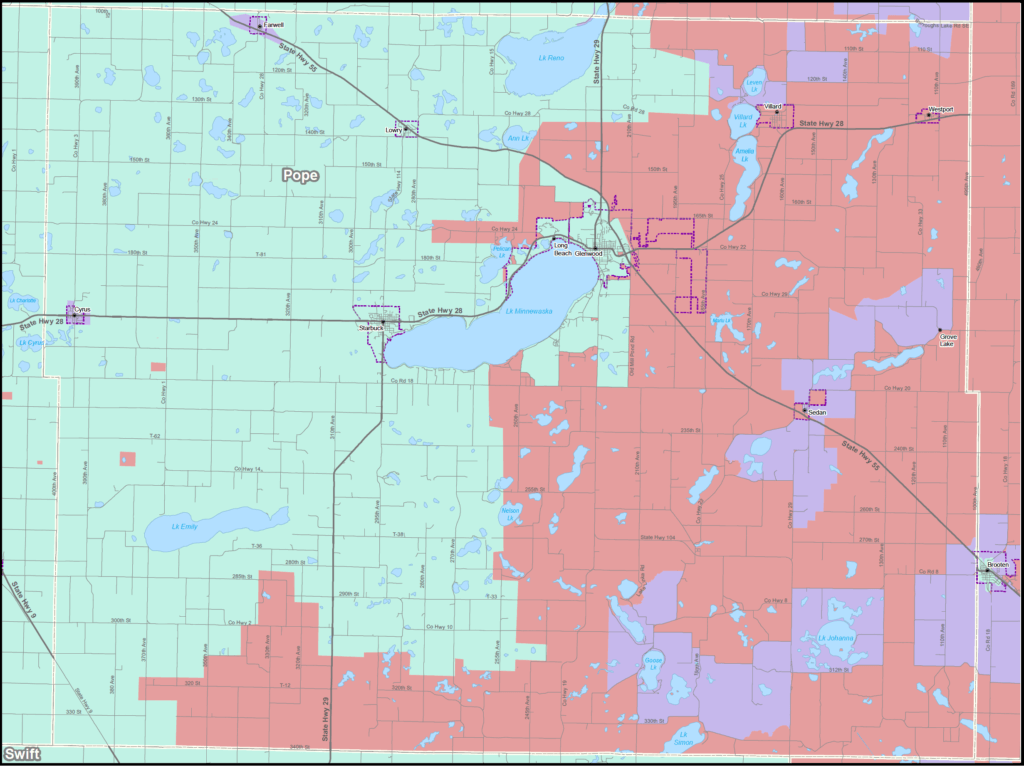 Pope County is unlikely to meet the broadband speed goals for 2022 and 2026 without a concerted effort to put into place their 2017 feasibility study (or an updated version).

Pope County has benefited from one state broadband grant:

Pope County had a feasibility study done in 2017, supported by the Blandin Foundation. They found…

Installing fiber everywhere in the county would cost about $29.3 million, according to the study.  If the combination of wireless and fiber were used, the cost would drop to about $9 million.  And in another scenario, the study excluded the city of Glenwood and used a wireless and fiber combination for the rest of the county and that was estimated to cost about $6.5 million.

They have plans in the works, and that’s a big and necessary space. Now they need to find willing partners and move forward with plans to find a way to get the money necessary to make it happen.

Pope County could benefit from future grants. In 2019, Hanson and Arvig applied to upgrade service in Pope. (That doesn’t mean they will get the grant; they have only applied.)