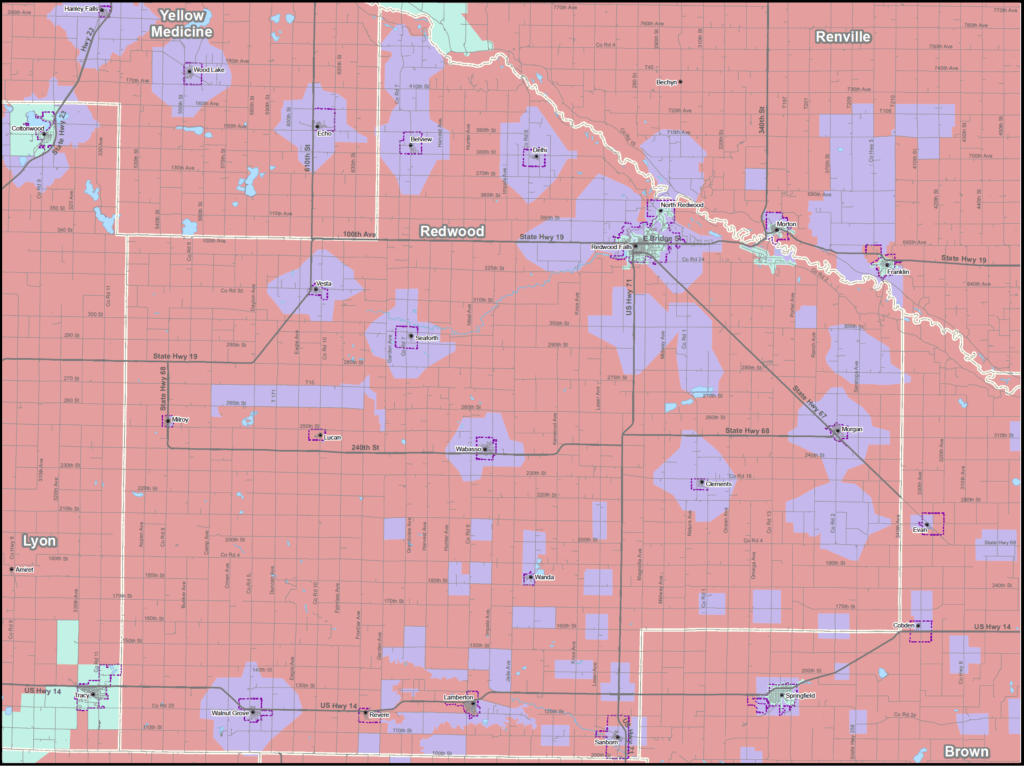 Redwood County is not poised the to meet the state broadband goals for 2022 or 2026. They might be able to get some ideas back from a feasibility study they did in 2013 – work with partners and find funding.

Redwood County was a Blandin Broadband Community  in 2013; they released a feasibility study. While the study is somewhat dated now, one observation remains true…

And some of their next steps for action remain apt..

1) A first step should include contacting RUS to discuss the project and available RUS loans and grants. [Might contact MN Office of Broadband Development and ask about Broadband Grants now.]

2) After that, meetings should be scheduled with each potential service provider partner to share the report and discuss cooperative efforts toward entering into a long term agreement.

3) Engaging the League of Minnesota Cities or other organizations that may be useful in determining the best path to choose in organizing Redwood County legally to enter into agreements with RUS and partners.

4) Engaging, local, state, and national politicians and their staff’s may be helpful in gaining support for any non-traditional track to implementing broadband in Redwood County.

Redwood County could benefit from future grants. In 2019, Minnesota Valley Tel. Co. (MVTC) applied to upgrade service in Redwood. (That doesn’t mean they will get the grant; they have only applied.)

Redwood County has worked with the Blandin Foundation.

There is a matrix of Minnesota broadband adoption projects.