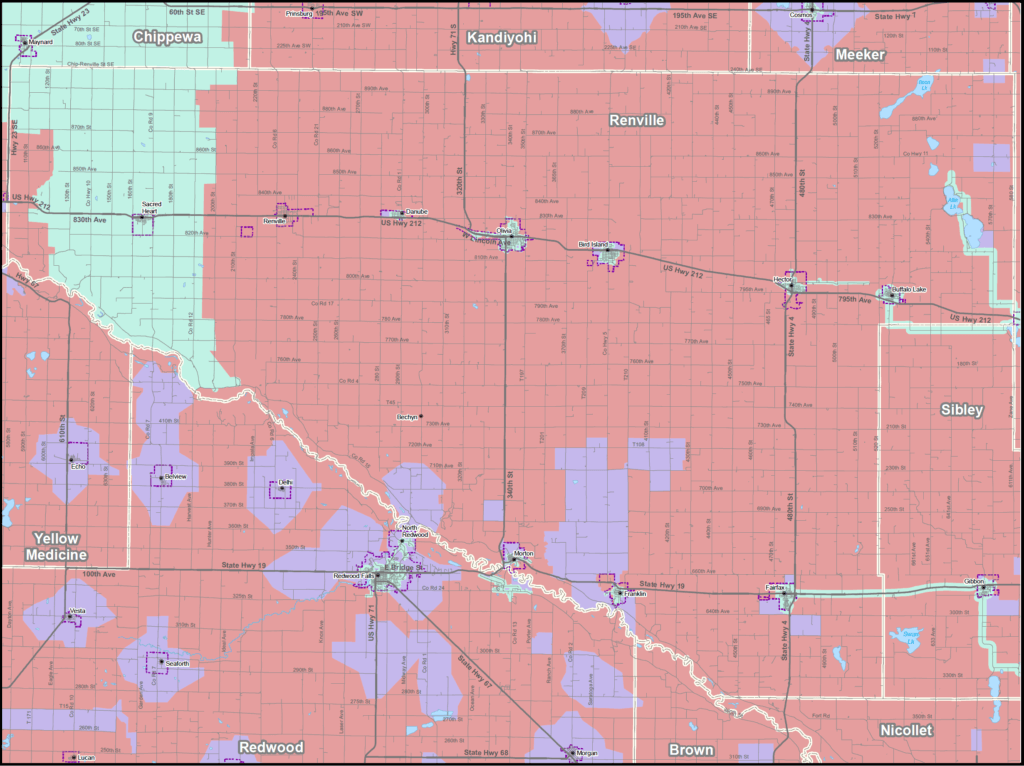 Renville County (along with Sibley) is a community that has had a lot of ups and downs in their broadband story. Ten years ago, residents were getting fed up with poor connectivity.  To address the issue a Joint Powers Board was formed that ultimately included all seven cities in Sibley county as well as the city of Fairfax in Renville County.

In 2010, Blandin Foundation awarded the group a feasibility study grant, and the JPB used the study results to educate the public about the need and opportunity for building a world-class network, and to seek financing.

In the fall of 2012, concerned about the project’s plan for how to structure the project’s debt service reserve fund, the Sibley Board of Commissioners, in a 3-2 vote, passed a resolution to withdraw from the JPB.

Undaunted, immediately following this vote, a group of farmers walked across the street and in an impromptu meeting, vowed to continue the effort by “going back to their roots” as one of them said, and form a coop.

RS Fiber Coop hired Hiawatha Broadband Corporation (HBC) to build and operate the gigabit fiber-to-the-premise (FTTP) network when the project was launched, and in June of this year, RS Fiber announced the formation of a long-term operating relationship with HBC.

Renville County could benefit from future grants. In 2019, Minnesota Valley Tel. Co. (MVTC) and Midco applied to upgrade service in Renville. (That doesn’t mean they will get the grant; they have only applied.)

RS Fiber has worked with the Blandin Foundation.