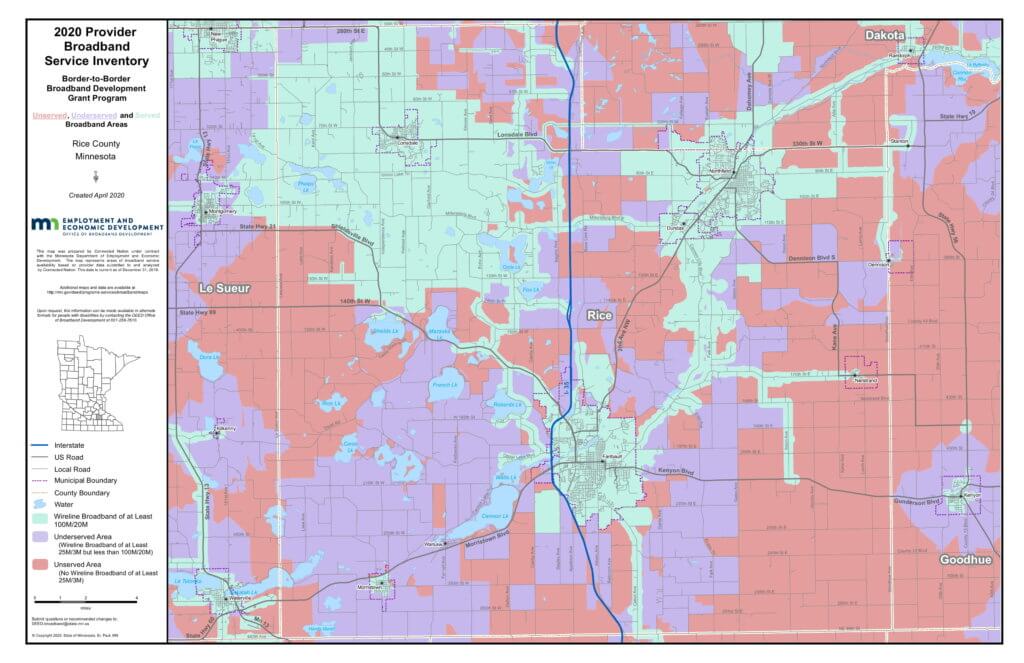 Rice County policymakers recently talked about the importance of broadband in their area. They were joined by BEVCOMM, who explained that a current project is poised to boost broadband speeds in northwest Rice County, northeast Le Sueur County and southern Scott County, an area that includes 417 households, 88 farms, 59 businesses, and 4 “community anchor institutions.”

That will help them get to ubiquitous broadband, but they will need more.

Rice County saw an increase in broadband coverage in 2018.

The Faribault Daily News gathered views of broadband in Rice County from a variety of perspectives, including a local provider…

In western Rice County, Blue Earth-based BEVCOMM is working to expand and improve its services. CEO Bill Eckels said that the company recently completed an improved network for Morristown residents and is in the process of hooking them up to it.

BEVCOMM recently purchased Lonsdale Telephone Co., which serves Lonsdale and Morristown. In January, the governor announced that BEVCOMM has been awarded more than $2.5 million in grant funding for three separate broadband projects.