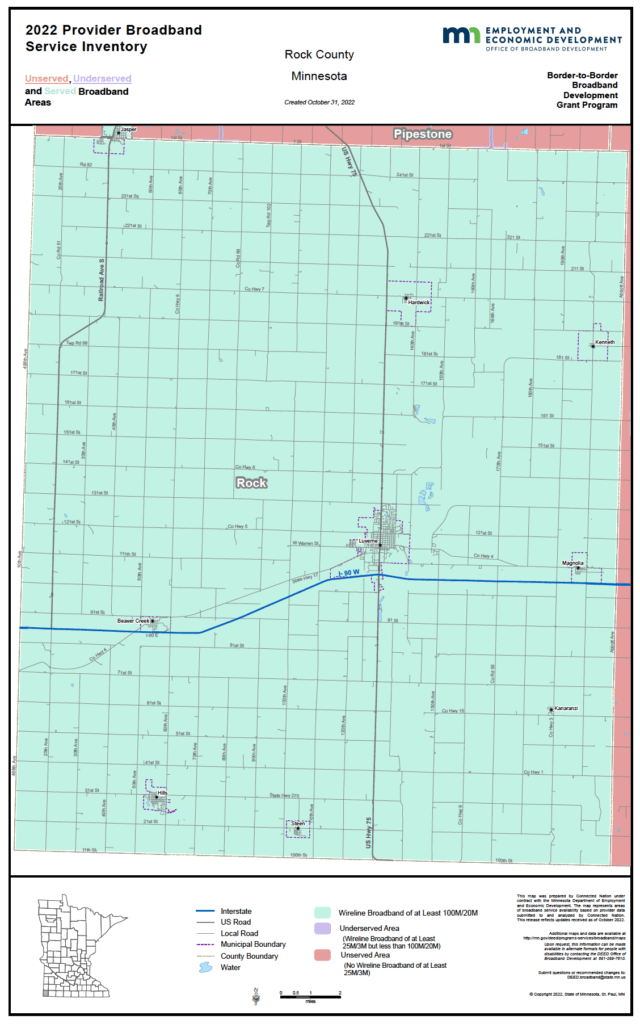 Rock County ranks 3 for broadband access and 84 for digital equity out of 87 counties. They have hovered at 99 percent coverage to broadband of 100 Mbps down and 20 up since their major upgrade in 2018. They have 4 households without access to broadband at that speed. Estimates indicate that it will cost $39,000 to get to ubiquitous broadband in the county.

Rock County has been knocked out of first place but that’s only because two other counties have done even better. But I feel like Rock County is going to find a way to get the estimated $39,000 to connect the last four homes in their community and that’s why they get the code green.

Rock County ranks 30 out of 87 for computer ownership. 92.2 percent of homes have a computer of device as compared to statewide ownership of 95.5 percent.