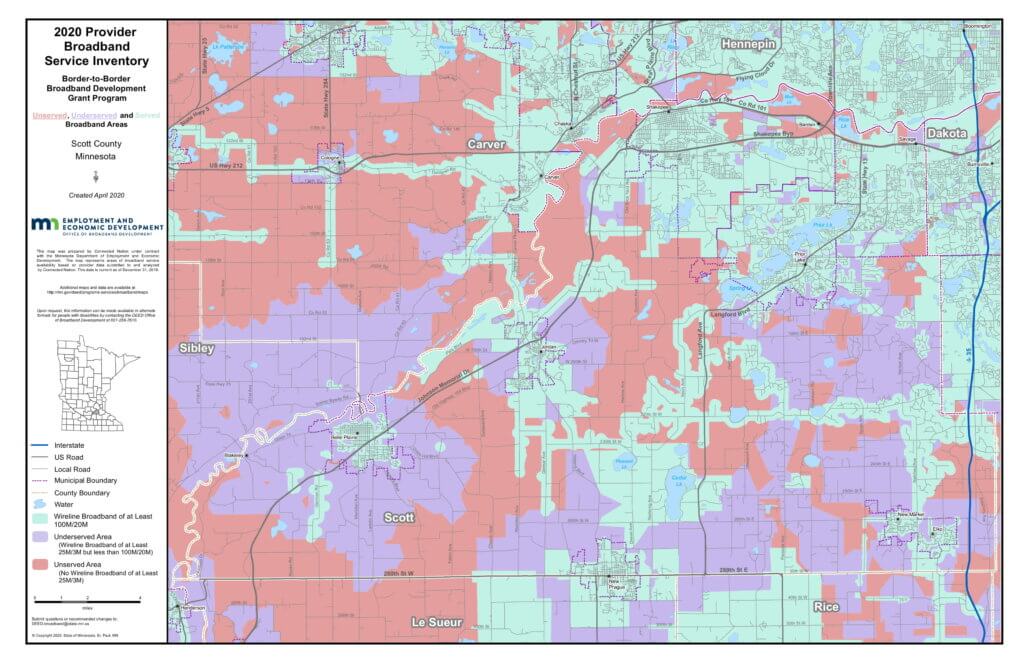 As part of the 7-county metro area, Scott County is a fairly metro county, so they have the advantage of proximity to the Twin Cities and some higher population density areas. Their real advantage, however, is a government network built in 2007, that brought broadband to the area and spurred partnerships that have helped that broadband grow.

Their progress toward the 100/20 Mbps goal, however, has been stalled for as long as we have been keeping tracking. They need renewed motivation. Maybe that will come in the form of benefitting from a project that was awarded a grant in the last round of the MN Border to Border funding.

Scott County started in 2007 with a 94-mile fiber-optic ring. At the time it was the largest government-owned, high-speed network in the state, and one of the largest in the nation. In 2014, county officials detailed the advantages of the network saying that Scott County Government paid $35,000/year less for better broadband than before they built their own network.

Scott County has benefited from one MN broadband grant:

Scott County will benefit from a project funded in the last round of Border to Border grants: