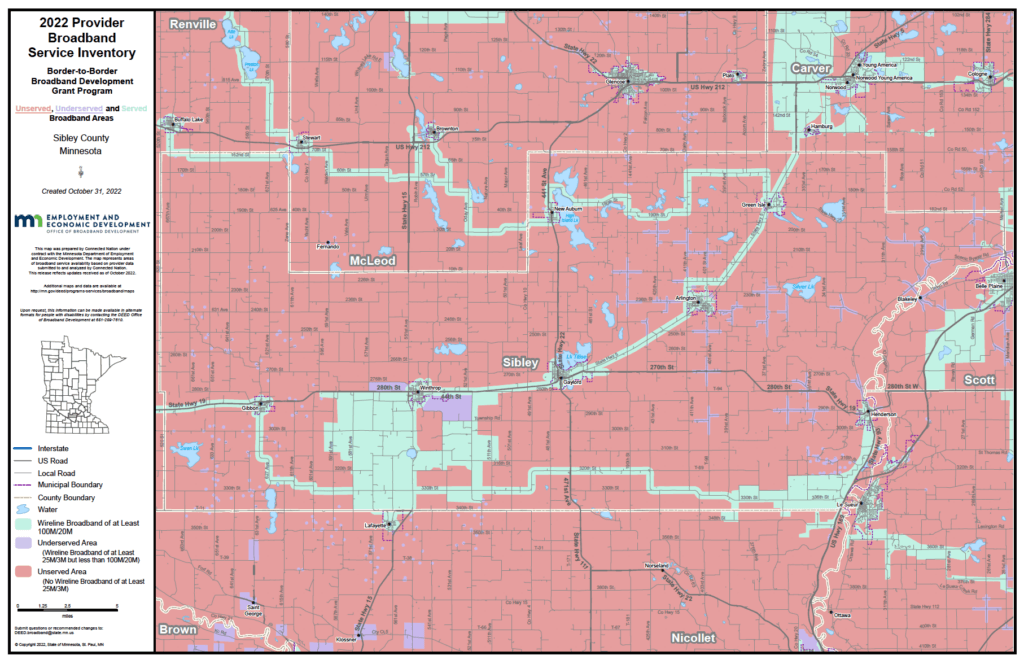 Sibley County ranks 74 for broadband access and 52 for digital equity out of 87 counties. They have hovered from 62-65 percent coverage to broadband of 100 Mbps down and 20 up since 2018. They have 2218 households without access to broadband at that speed. Estimates indicate that it will cost $20.6 million to get to ubiquitous broadband in the county.

Sibley County has been working on better broadband for more than 10 years. They have been a Blandin Broadband Community. But their connectivity has been stagnant since 2018. There hasn’t been a demonstration of recent engagement with broadband, which is why their code has gone from yellow to red.

Sibley County ranks 60 out of 87 for computer ownership. 89.2 percent of homes have a computer of device as compared to statewide ownership of 95.5 percent.