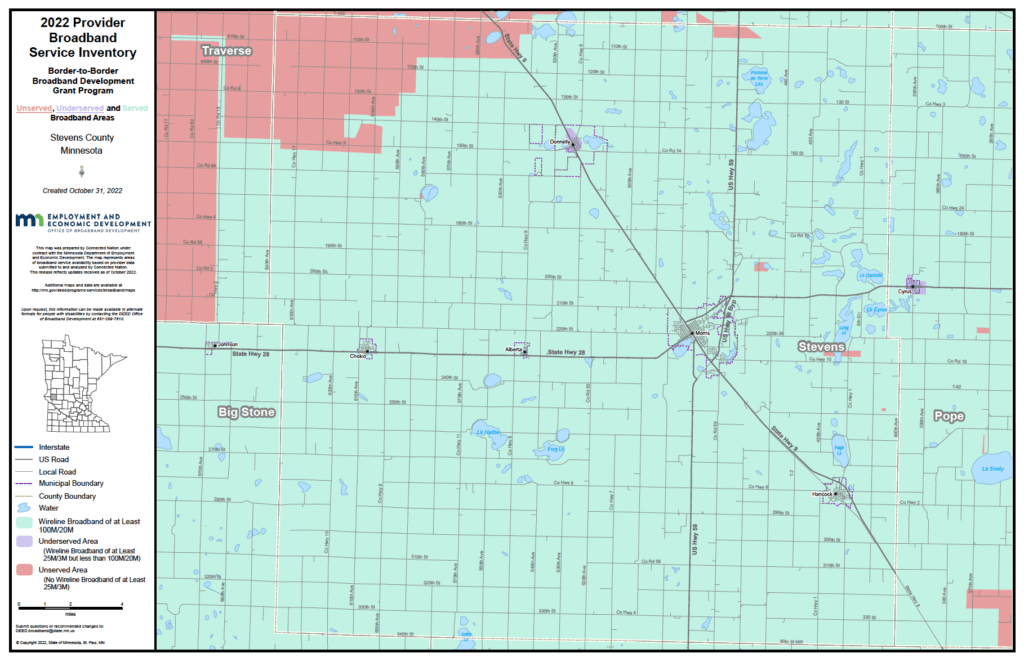 Stevens County ranks 13 for broadband access and 25 for digital equity out of 87 counties. They have hovered around 96-97 percent coverage to broadband of 100 Mbps down and 20 up since we started tracking. They have 123 households without access to broadband at that speed. Estimates indicate that it will cost $1.1 million to get to ubiquitous broadband in the county.

Stevens County has been involved with broadband for years – going back to working with Blandin Foundation-led, Minnesota Intelligent Rural Communities (2009-2012) effort.

They have been stalled at 97 percent. Stalling isn’t good but the percentage is so high, they have to rank a green code. But to get to goal they need a final push.

Stevens County ranks 23 out of 87 for computer ownership. 93.2percent of homes have a computer of device as compared to statewide ownership of 95.5 percent.