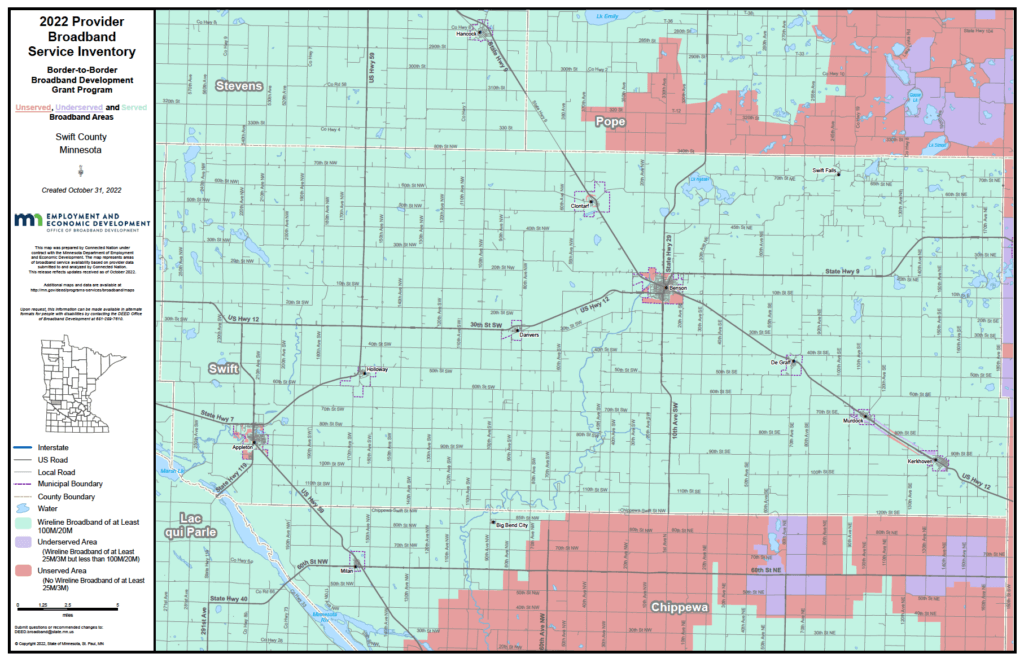 Swift County ranks 11 for broadband access and 64 for digital equity out of 87 counties. They have hovered between 97-99 percent coverage to broadband of 100 Mbps down and 20 up since 2019. They have 117 households without access to broadband at that speed. There is a slight dip in access this year but it is within a margin of error and may simply reflect a more granular look at access. Estimates indicate that it will cost $1.1 million to get to ubiquitous broadband in the county.

Swift County’s partnership with Federated Telephone, supported by a MN State grant, has provided nearly ubiquitous coverage. Swift has also been working with the Blandin Foundation as Blandin Broadband Community.

They are so close; they have earned the green code. Hopefully the TDS deployment will reach the last few homes they need to connect.

Swift County ranks 23 out of 87 for computer ownership. 93.2 percent of homes have a computer of device as compared to statewide ownership of 95.5 percent.