GRAND RAPIDS, Minn. (June 18, 2014) – Grand Rapids-based Blandin Foundation announced today that it will make its largest grant commitment ever, extending by another 10 years and $21 million its decade-long investment in early childhood programming for at-risk children and their families through the Invest Early initiative.

Close and detailed evaluation over the past decade by Wilder Research of St. Paul, Minn., finds that at-risk children and families participating in Invest Early are making significant advances in home learning environments and Kindergarten readiness.  In 2012, for example, 58 percent of children enrolled in Invest Early were ready for Kindergarten, as compared to 27 percent when the program began in 2006.  In contrast, students of higher-income families without as many risk factors showed 69 percent readiness in 2012.

“Real possibilities for Minnesota’s workforce live in the ability and willingness for leaders at every level to bring together systems, to braid support, to collaborate so that every child has the best shot at success—just like Invest Early,” said Dr. Kathleen Annette, Blandin Foundation president and CEO.

“As they considered what our commitment might be beyond the initial 10 years, our trustees agreed that Invest Early is one of the best investments we have ever made.  They could see a direct link between what Invest Early is able to accomplish and the economic vitality of this region.   We all are very proud to stand with the long-term, high-impact work being propelled by Invest Early and Minnesota’s broader ‘Start Early’ initiatives.”

The seeds of Invest Early were sown in 1997 when Blandin Foundation asked the Grand Rapids community what it cared about most; the answer was economy and education.  A community vision session attended by nearly 250 people that followed in 1998 inspired formation of several action teams that worked for the next five years to raise awareness of the importance of early learning while at the same time implementing a number of smaller-scale, early childhood programs collectively known as Children First!  After a number of incremental improvements and intermittent setbacks, the groups’ work gained serious traction when research into the long-term economic benefits of early learning was validated on a national scale in 2003 by Art Rolnick, then the research director of the Federal Reserve Bank of Minneapolis, who declared, “Early childhood development programs are rarely portrayed as economic development initiatives, and we think this is a mistake.”

After close to nine years of operation, Invest Early has quantifiable evidence that children are entering Kindergarten ready to learn, that low-income participating families are better supported and educated, and that lasting systems change has taken place with regard to how families are served by local providers and Head Start.  The Invest Early experience has been a prominent reference point for policy debates on early childhood at both the state and federal level.

“The accomplishments of Invest Early could only have been attained by combining the resources of the Foundation with the ideas, passion and commitment of multiple community partners,” said Blandin Foundation Trustee and Chairman Dr. Michael Johnson.  “From Head Start to local school districts to mental health providers—Invest Early focuses us all on the possibilities in our youngest learners, and strengthens communities.  There is growing evidence that early childhood education reduces placement of children in special education, increases high school graduation rates, reduces crime and delinquency, lowers rates of teen pregnancy, leads to more stable families and greater employment and higher wages as adults.  With another 10 years of Invest Early, we will have the opportunity to witness its impact on rural resilience, vibrancy and health.”

“I like to think Blandin Foundation is in the hope business,” said Kathy Annette.  “And that started with founder Charles Blandin 70 years ago, when he thought about how the considerable wealth he had built by the end of his life could be used to build and sustain quality of life for others in Itasca County, where his paper mill was based.

“Charles Blandin was an investor in people and opportunity.  And it was personal.  Despite his success as a teacher, a newspaper entrepreneur, publisher of the St. Paul Pioneer Press and owner of the Blandin Paper Company, Mr. Blandin never was able to go to school beyond fourth grade.  His life journey was complicated by deep poverty, yet he found people who believed in him and his potential.  Belief in the success of every child is why trustees have already invested $18 million in Invest Early, have committed to another $21 million, and why we will continue to participate in the broader Start Early funders coalition and state and national systems change.”

Located in Grand Rapids, Minn., Blandin Foundation is one of only a handful of foundations in the U.S. focused exclusively on rural communities and the largest rural-based private foundation in Minnesota.  The Foundation seeks and supports vibrant rural Minnesota communities.  Full details related to the organization’s grants and other programs are online at www.blandinfoundation.org, with sections of the site dedicated to community leadership, broadband and other programs. 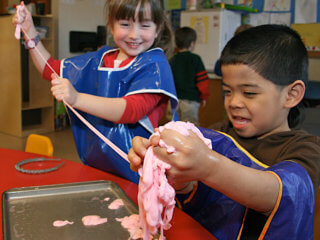 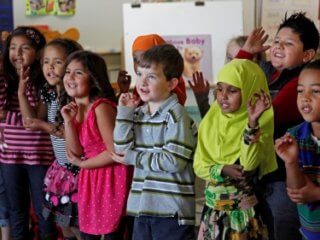