GRAND RAPIDS, Minn. – Economic recovery is reaching Minnesotans unequally, according to a statewide survey released by the Blandin Foundation. The real-time snapshot of community issues, perceptions and priorities among rural Minnesota residents, called Rural Pulse(TM), demonstrated that demand for living-wage jobs far outweighs all other concerns.

Optimism, however, is alive and well. Nearly four in five Minnesotans believe their community is a vibrant place to live and work and 75 percent feel that people like themselves are able to make a positive impact. Both rural and urban Minnesotans believe quality of life will improve over the next five years. (Urban perspective research is new to the Rural Pulse study and made possible through a partnership with Minnesota Community Foundation, an affiliate of Minnesota Philanthropy Partners.)

“Minnesotans across the state remain very optimistic about their futures,” said Dr. Kathleen Annette, president of the Blandin Foundation. “They also share a belief that rural communities offer tremendous quality of life and that Minnesota is stronger when rural voices are heard and differences are appreciated. We cannot ignore, however, that economic recovery still is out of reach for too many Minnesotans.

“Rural Pulse 2013 helps us to see where Minnesota still has some work to do.”

Other Rural Pulse 2013 highlights include the following:

Rural Pulse(TM) is a research study that has been commissioned by the Blandin Foundation since 1998 to foster deeper understanding of how Minnesotans experience their communities. It focuses on important issues such as healthcare, education, attracting and retaining household supporting jobs, and ethnic diversity. This year’s study — the largest and most comprehensive Rural Pulse ever undertaken — included information gathered from more than 1,000 surveys conducted in March with those living in communities of fewer than 35,000 residents and a companion survey of urban residents (communities greater than 35,000 residents).

New for this year, the Blandin Foundation partnered with the Minnesota Community Foundation, an affiliate of Minnesota Philanthropy Partners, to survey residents in urban Minnesota — defined as those residing within the seven-county metro area, as well as in cities with a population of more than 35,000. Also new for 2013, research was conducted within rural Minnesota racial and cultural groups to gain deeper insights about their perspectives on the issues.

To view the full report, go to www.ruralpulse.org or visit the Blandin Foundation website at www.blandinfoundation.org.

Blandin Foundation stands with rural Minnesota communities as they imagine and claim ambitious, vibrant futures.  Based in Grand Rapids, Minn., it is one of only a handful of foundations in the U.S. focused exclusively on rural communities and the largest rural-based private foundation in Minnesota. Information on Blandin Foundation grant-making, leadership development programs and public policy initiatives are at www.blandinfoundation.org. On Twitter at http://twitter.com/BlandinFound and Facebook at  www.facebook.com/BlandinFoundation. 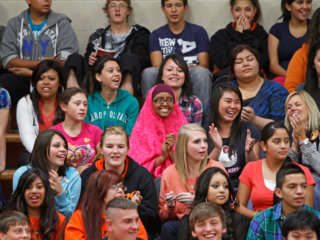 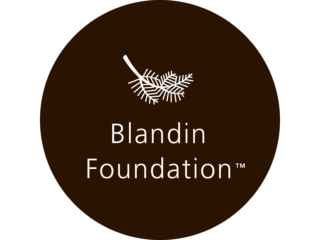