A program of the Grand Rapids-based Blandin Foundation, BCLP has provided experiential leadership training for more than 7,000 community leaders from nearly 500 rural Minnesota communities since it began in 1985.  This is the sixth time the community has participated in the BCLP leadership program.

Local residents participating in this training were:

The goal of the Blandin Community Leadership Program is to develop and train a broad base of local leaders to build healthy communities. Topics covered during the retreat included: identifying and describing community issues and opportunities through the lens of the 9 dimensions of a healthy community, effective interpersonal communication, building social capital, appreciating personality differences, managing interpersonal conflict, understanding community power, mobilizing community resources, and goal setting.

“A healthy community depends on leadership engagement of community members,” said Kathy Annette, president and CEO of Blandin Foundation. “The leadership demonstrated by these participants reflects their commitment to their community, as well as to the region and to rural Minnesota.”

BCLP training programs are funded entirely by the Blandin Foundation, whose mission is to strengthen rural Minnesota communities, especially the Grand Rapids area.

Visit our Partner Directory to see other ways Blandin Foundation has supported the Quad Cities area. 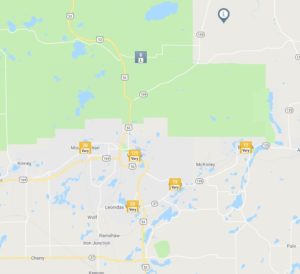