A series of fast-moving presentations and demos by people from around the state and beyond who are using technology and the internet in innovative ways to improve lives and increase opportunity for all. Show, tell, and discussion. Moderated by Ann Treacy, Treacy Information Services

Kendra Jo Grindle, Senior Community Development Officer, Island Institute, Rockland, ME
As Senior Community Development Officer, Kendra Jo serves as both the strategic lead and project lead for the Island Institute’s Broadband team as they work to achieve national average connectivity for all island and coastal communities in Maine, as well as the strategic lead for the Sea Level Rise team. 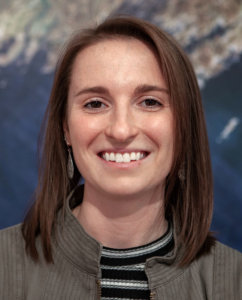 Kendra Jo is no stranger to the Island Institute’s mission. She first came to Maine, by way of her home state of West Virginia, as an Island Fellow on Islesboro in 2013. During her fellowship, she worked to connect island families to readily available resources on the mainland and revive the Social Services Liaison at the Islesboro Town Office. In the years since her fellowship, Kendra Jo worked for the Maine Coast Fishermen’s Association as the Community Programs and Operations Manager. She holds a BA in Human Development & Family Studies with a concentration in Rural Families from the University of Connecticut. 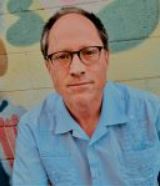 Edward Hilbrich, Manufactured Housing Project Coordinator, Libraries Without Borders
Edward (he/his) believes that advocating for free, open access to resourceful information is a revolutionary act, which promotes public discourse, political engagement, and autonomous, collective decision-making. Edward has a rich and varied background as a Homeless Rights and Housing Advocate, a Union Organizer, and as an Independent Bookstore Owner. Edward is a NYC transplant working and living in the Twin Cities. 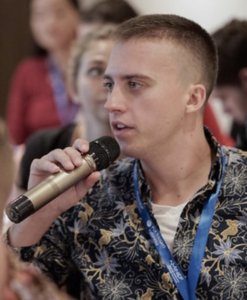 Joe Miller is Project Manager – Digital Equity and Strategy at Literacy Minnesota. He is at the forefront of research and development at the nonprofit when digital equity intersects with the literacy cause, which has included management of projects in partnership with the AmeriCorps Emergency Response Initiative and the Minnesota Department of Education.  Prior to his current role, Joe taught English in North Minneapolis with Literacy Minnesota and North Sumatra, Indonesia with the Fulbright Program.  His undergraduate degree is in economics and political science from St. Olaf College, and he has previous professional experience in operations at a nonprofit in the Brainerd Lakes Area, Minnesota Hockey Camps.

Region Nine Development Commission was awarded a Broadband grant from Blandin Foundation in 2019 to develop a tele-mental health portal in spring 2020 to serve diverse populations in southcentral Minnesota. Little did we know that the work would coincide with a global pandemic and a dramatic increase in the need for mental health services in an already high demand/low supply market. This presentation will discuss how tele-mental health services can augment existing services in rural areas, lessons learned, needs discovered, and ideas for future considerations. 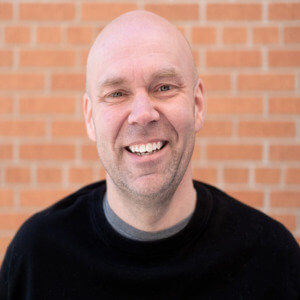 Kristian Braekkan joined Region Nine in February 2018. His work relates to resource development, economic development, and industrial projects. Kristian completed his Ph.D. at Virginia Tech in 2010. His research on industrial relations spans a wide variety of contexts, such as steel, coal, health care, manufacturing, and service industries. He has presented and published his research domestically and internationally. 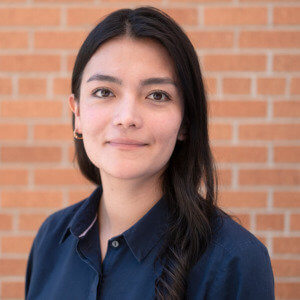 Alejandra Bejarano joined Region Nine in August of 2021 as an economic recovery planner. As a previous Region Nine intern and Fellow for the Lead for Minnesota fellowship program, she is enthusiastic about continuing to work with Region Nine in creating vibrant and resilient communities. Alejandra just graduated with an MPA from Minnesota State University, Mankato. Alejandra hails from Colombia and moved to the United States at a young age to play college tennis. Having a deep interest in research, Alejandra did her capstone project on corruption and institutional trust. She has diverse background experience in both the private and public sectors and is passionate about exploring new cultures, as she speaks multiple languages.

This session will describe the Community Technology Advisory Commission of St. Louis Park and it’s activities on its origin and activities in smart city applications and how we can aid cities looking at such technologies.  Also, the session will describe launch of City Streaming TV for hyper-local streaming channels for Community organizations, Faith-based organizations, public and entertainment, elected officials and candidates (election season only).  This generally free service does not require cable nor any governmental public access permission.  Ideal for smaller cities, local community chapters, businesses and entertainment, and a way for local officials to better communicate with constituents. 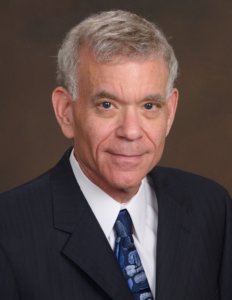 Abraham (Abe) Levine is CEO of Brainware Partners, a high technology consulting firm specializing in executive and technical services for telecommunications, and software, in addition to companies in the trucking industry.  He is also working with a major company in the streaming television industry and Chairman of the St. Louis Park, MN Community Technology Advisory Commission dealing with smart city applications.

A recent long-term engagement was at VisTracks where he, as Chief Operating Officer, developed their product strategy and channel sales for their tracking and later their Electronic Logging Device (ELD) business.  For the ELD, his 80+ reseller channel brought in sales to over 70,000 trucks in 18 months.  Mr. Levine also became well-known on Sirius/XM where he was interviewed several times and sponsored a call-in show about the complex US ELD rules.  In addition, Mr. Levine developed an overseas call center and worldwide ELD product support.

Prior to the VisTracks engagement, Abe was COO of a Wisconsin-based wireless carrier where he led a turnaround from monthly subscriber losses to significant monthly gains and managed over 600,000 IoT devices on his network. He has worked with over 30 telecommunications companies worldwide in various executive capacities in sales and professional services.  He also has worldwide experience in aerospace, automotive, government, and pharma. 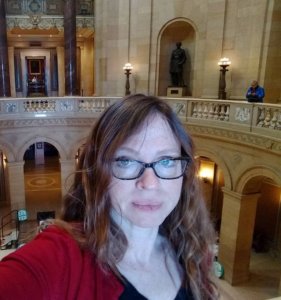 Ann Treacy, Treacy Information Services, authors and manages the Blandin on Broadband blog. She has worked on broadband issues since 1994 – both supporting deployment of broadband and helping people and businesses better use broadband through digital inclusion training and online marketing consulting. Ann has a Master’s degree in Library and Information Science as well as a Master’s in Literature. You can learn more at www.byteoftheweek.com.