Buckled in for adventure

Riley Jensen’s career is headed straight up. As an overhead power line repairman, he’s regularly 40 feet in the air. An outgoing guy who connects with people wherever he goes, Riley has landed a career that suits his personality and interests.

Born and raised in Grand Rapids, I attended Grand Rapids High School, and went to purse a college education at Itasca Community College. Later, I found my passion for the linework industry and achieved  my diploma in Line Worker Technology at Minnesota State Community and Technical College in Wadena.

I selected my career path because I love the outdoors. Throughout my childhood and now, I’ve always been involved with fishing, hunting, camping, everything that would involve being outside. Linework seemed to be the career path that chose me, from that perspective. Linework involves all of the things that I most enjoy, and more. It not only involves the outdoors, but gives you a whole different perspective on different levels.

As an aerial lineman, your duties revolve around the installation, maintenance, and repair of overhead lines or cable used for electrical or power distribution systems. Climbing poles or operating bucket trucks to access issues or maintain aerial lines comes with the territory. My favorite part about being a lineman is working at elevated heights!

I’ve worked in multiple locations in Minnesota, and surrounding states. Through those opportunities, I have gained a tremendous amount of knowledge to grow and do better in the community, by performing a task that would relate to this industry. This includes communicating and working with new people.

The Blandin Foundation has always been a foundation well known in the community, and is something I’ve grown up hearing about and appreciating what the Foundation does in our surrounding areas. I decided to apply for an Education Grant because it was a chance I wanted to take to better my future.

Blandin Foundation has helped guide me in the direction I wanted to pursue and given me the building blocks to follow my passion and lead me into the future that I’ve been striving to achieve. I also want to thank Melissa Johnson of the staff at Blandin Foundation for all the guidance throughout this process. She was very helpful, and awesome to work with.

The scholarship I have received has made a strong impact in my life. It has not only given me financial reassurance, but it has also given me motivation, perseverance and an outlook toward my education and career path. It has helped me tremendously.

To anyone trying to decide if they should go on to school, I’d say: Follow your education, it is an investment. It’ll lead the way into your future. 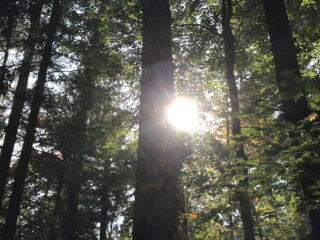