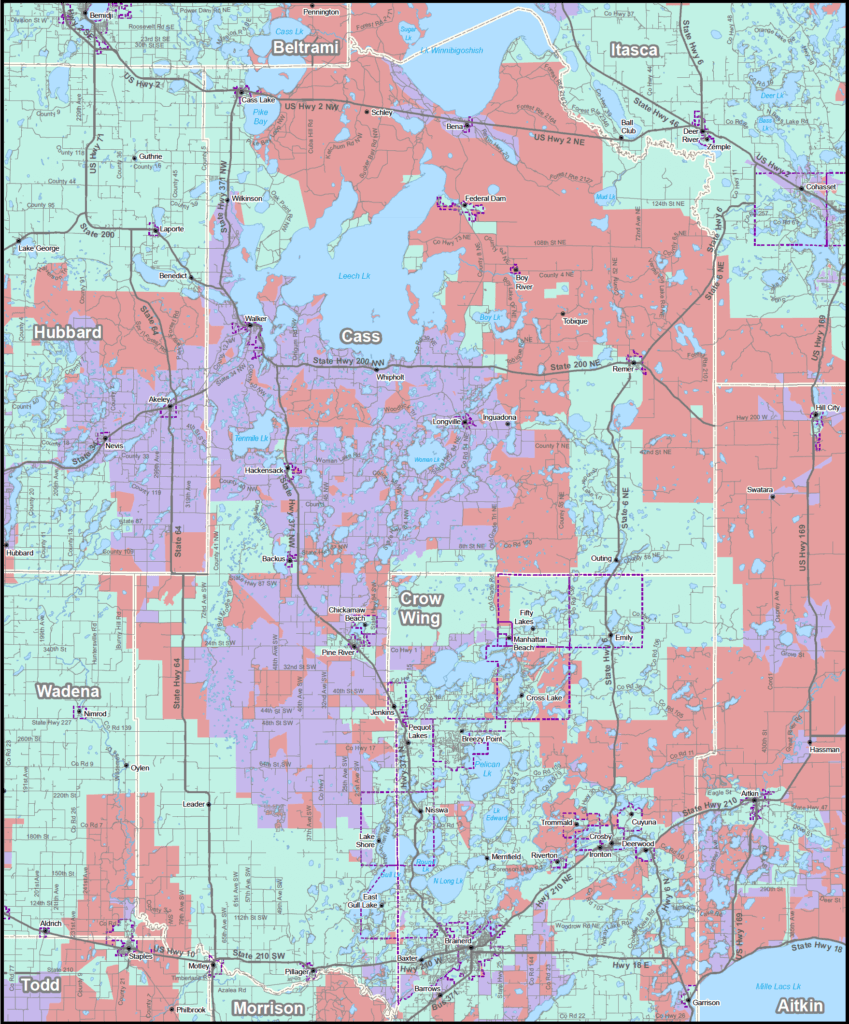 Cass County seems unlikely to meet either the 2022 or 2026 broadband speed goals. They’ve seen improvement each year, but it’s incremental.

Cass County was a Blandin Broadband Community as part of Region 5 Development Commission (the Resilient Region).

The 2016 grant aimed for 25/3 Mbps speeds so that won’t move the needle much. Cass County is making improvements. In September 2018, Paul Bunyan announced Gigazone upgrades in Cass County and the most recent maps were created in December. They need to continue putting the pressure on providers.

In September 2019, Senator Klobcuhar’s staff held a listening session in Walker. Paul Bunyan, a local provider, talked about what would help them extend their service like being able to provider cable TV services. Representatives from Leech Lake reservation spoke about their need for better broadband.

Cass County could benefit from future grants. In 2019, WTCA has applied to upgrade service in Cass. (That doesn’t mean they will get the grant; they have only applied.)