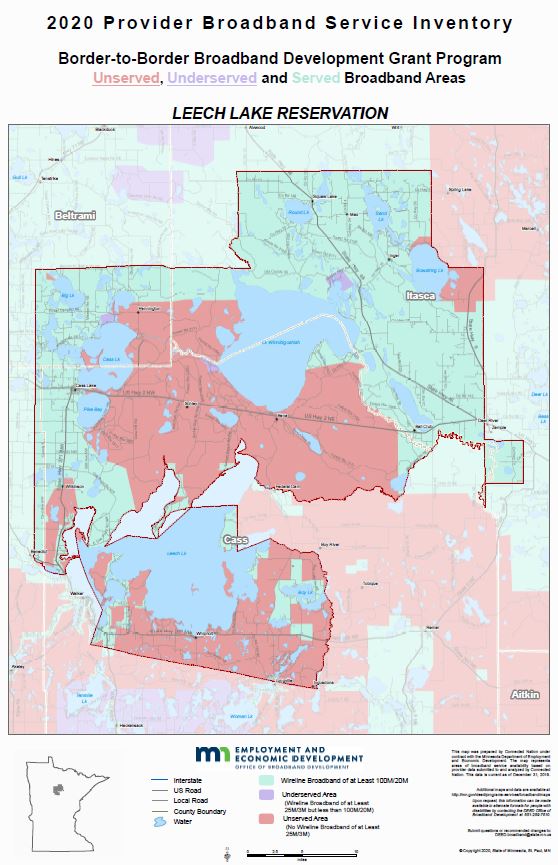 Leech Lake has been focused on broadband for years. In the Summer of 2014, with support from the Blandin Foundation, Leech Lake started a 5-year plan to build a wireless network to serve homes on the reservation. Their plan at the time…

Last fall (Sep 2018), Paul Bunyan Communications announced expansion of the Gigazone to the Leech Lake Reservation. That will help increase the percentage of homes with access to 100/20 access. Paul Bunyan doesn’t serve the whole reservation but they have upgraded portions with a plan to upgrade more in the future. (You can see a recent map of the Gigazone online.)

Leech Lake worked on broadband adoption/digital inclusion projects with their involvement in MIRC, a Blandin Foundation initiative and precursor to the Blandin Broadband Communities. One project included digital inclusion training that led to job placement.