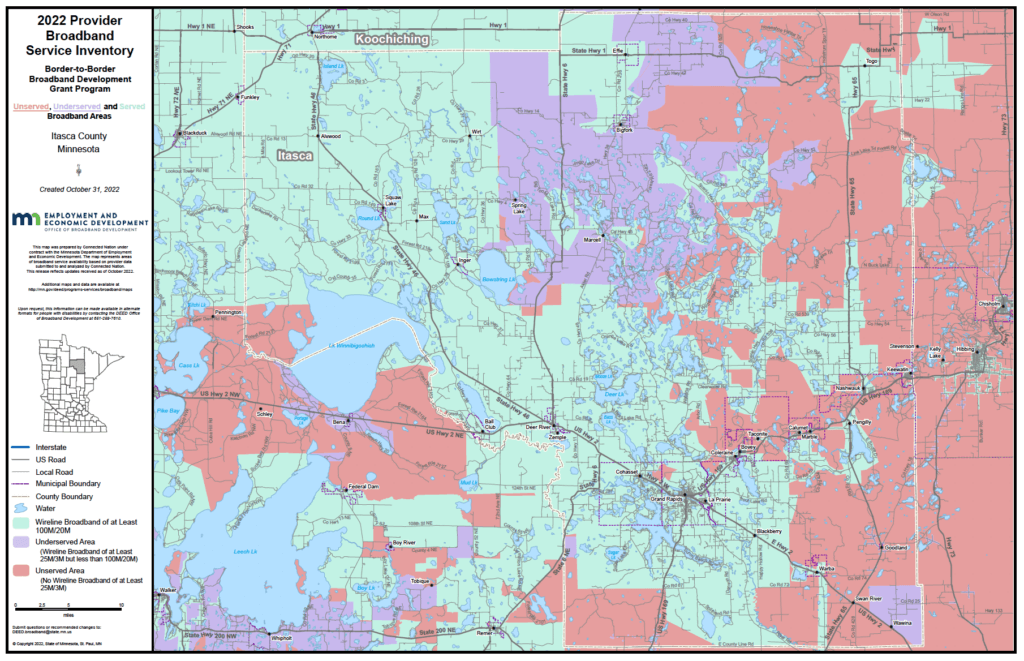 Itasca County ranks 31 for broadband access and 48 for digital equity out of 87 counties. They have hovered around 85 percent coverage to broadband of 100 Mbps down and 20 up since 2019. They have 3679 households without access to broadband at that speed. Estimates indicate that it will cost $34.2 million to get to ubiquitous broadband in the county.

Itasca County has seen very small incremental increases in broadband over the last few years. But they showed a boldness in last 2020, when they decided to invest $293,000 in CARES funding in broadband with Paul Bunyan.

They are home to the Blandin Foundation so the community is engaged; in early 2022, they looked at the local digital divide before and after/during COVID pandemic.

Despite their recent stagnation, they keep their yellow code because they are the home of the Blandin Foundation and therefore have access to local support and an engaged community.

Itasca County ranks 54 out of 87 for computer ownership. 90 percent of homes have a computer of device as compared to statewide ownership of 95.5 percent.