ST. PAUL, MN – One week after hosting a Job Summit focused on strengthening Minnesota’s infrastructure and fostering a strong business climate, Governor Mark Dayton appointed 15 members to a Governor’s Task Force on Broadband. The Task Force, which was established by Executive Order 11-27, will be charged with developing policies to promote the expansion of expand broadband access in Minnesota. Dayton’s stated goal is “border-to-border” high-speed internet and cell phone access throughout Minnesota.

According to Governor Dayton, the Task Force will develop an action plan for identifying and correcting disparities in access and adoption of Broadband in all Minnesota communities – urban, rural, and suburban. Dayton says that action plan will help ensure that residential homes, schools, hospitals, and businesses have access to the technology and information resources they need to thrive in a global economy.

The Minnesota Department of Commerce, which houses the state’s Broadband Development Office, will work closely with the Governor’s Task Force on Broadband.

“For the short- and long-term success of our economy, every school, business, and consumer in Minnesota must have affordable, high-speed access to information and the online marketplace,” said Commerce Commissioner Mike Rothman. “That is what the work of this Task Force is all about.” 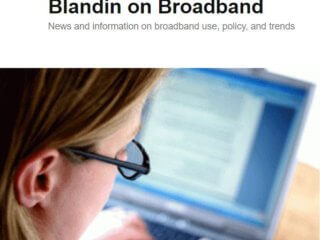