We gathered data on each county but it is difficult to track impact, because while the impact may be immediate, the tools that measure impact are not. Often the most recent data available dates from 2015 or 2016, before some of the networks had reached a critical mass (80 percent served).

Here is what we can glean from the statistics:

Beltrami County had reached critical mass served by 2012, so we can glean the most from the statistics about the impact of broadband from Beltrami County. Here’s what we found:

For the other counties, the statistics are interesting but not reliably informative because there is little overlap between acquiring a critical mass of broadband access (80 percent) and the time statistics were gathered.

The exception is the real estate pricing and trends gleaned from Zillow; although there aren’t any obvious correlations.

Roberto Gallardo of the Purdue Center for Regional Development, provides Digital Divide Profiles for each county and for Minnesota as a whole. The profiles track propensity for a digital divide based on infrastructure and existing socioeconomic factors. (The digital divide index score (DDI) ranges between 0 and 100, where a lower score indicates a lower divide.)

The DDI is a good way to look at what challenges you have to face to encourage ubiquitous adoption of broadband. You need infrastructure and you need to reach out to people who statistically are non-adopters. Including older people, people without a high school degree, people in poverty, and people with disabilities. 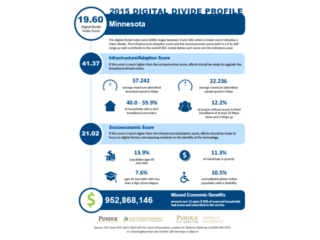 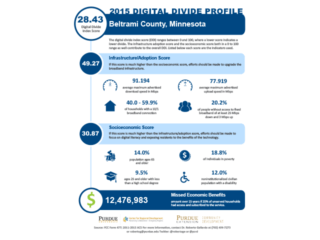 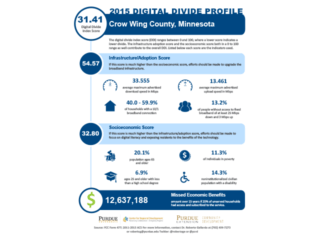 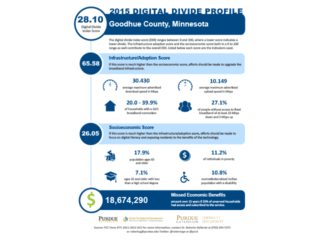 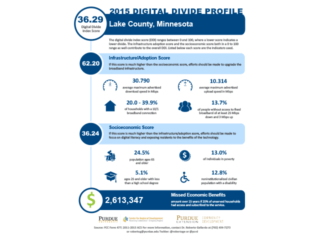 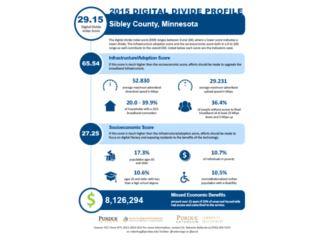 Most of following graphs come from Zillow and track housing prices from 2008 to July 2017. (Unfortunately they do not archive rates for Sibley County; Lake County only tracks two years.) You can see a statewide trend up around 2012.

It looks as if most the counties have followed suit with the state. There are two apparent diversions from the overall trend. 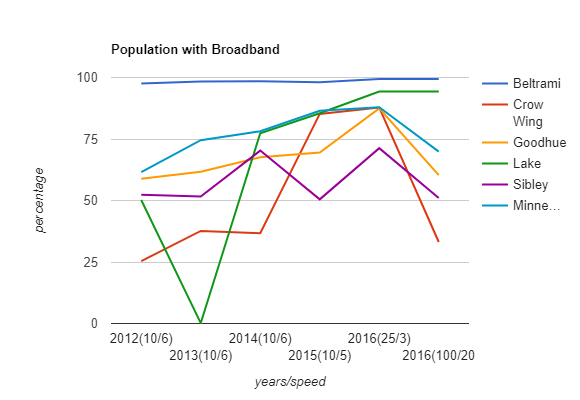 You can see where some communities hit their stride – perhaps due to outside funding. You can also track which communities are building with fiber based on whether their line dips at 2016 (100/20). Currently Lake and Beltrami Counties are best poised for meeting those goals.

Here are the years that each community crossed the 80 percent served mark:

Percentage Served over Time
The number is orange when a county’s broadband rate was close to or above state rate.

Maps of broadband access from the Office of Broadband Development (created April 2017). 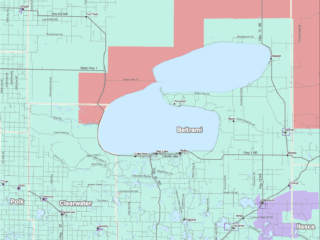 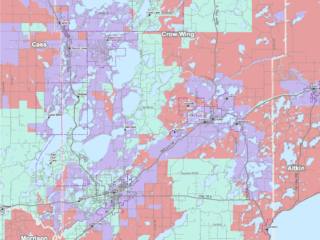 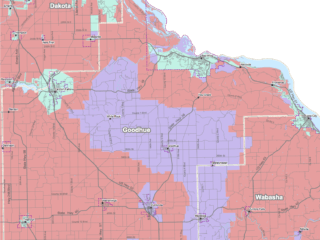 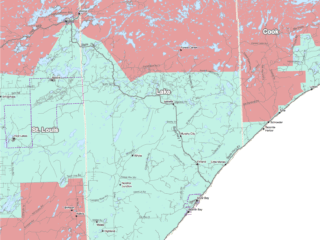 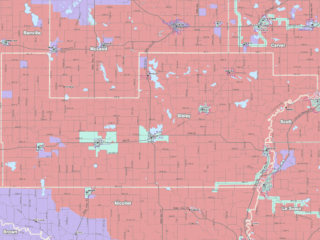